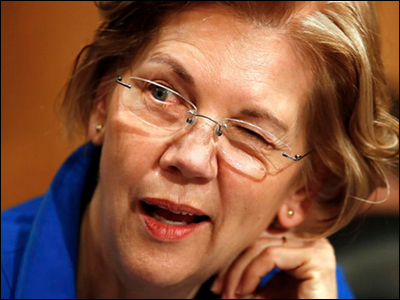 Banging the drums loudest about the El Paso and Dayton mass shootings, Beto, Bernie, Biden, and Liz Warren. Not, mind you, to mourn the dead and commiserate with the bereaved. Expressions of sympathy were cursory from that unfabulous four. But to dump on Trump. To brand the president a white supremacist sympathizer, a gun-happy, wannbe exterminator of Hispanics. Or so MSNBC’s Nicolle Wallace claimed – until she backtracked.

The Dayton tragedy threw a curveball at Democrats. The killer, a guy named Connor Betts, expressed support for Antifa and – shh! – Liz Warren. But never let facts muddy a partisan narrative. Dayton merged with El Paso, where the killer was out to shoot Hispanics. Hence, El Paso fed the Democrats ridiculous subtext, their absurd leap of logic: A racist president provoked the carnage there.

It pays to pause to weigh the Democrats’ charges. Not because they have merit. But to wonder about the characters and mindsets of the politicians making the smears. Trump has been in the public eye for decades. Never was this man lambasted as a racist before he entered politics. If anything, Trump has championed fixing the nation’s inner cities, where blacks and many Hispanics languish in poverty and despair. Cities run by Democrats.

The Trump tarring is more than hack politics. The Democratic Party has gone from Jekyll to Hyde. It’s taken decades to achieve. It’s brazenly emerging now as a hardboiled leftist party. It’s leaders and base are driven ideologically. They press ahead with a smug religious fervor. Unbelievers and apostates are targets for the modern equivalent of stonings, beheadings, and burning at stakes. Intolerance and destruction of opponents are required to advance the cause.

Ask GOP Senate Leader Mitch McConnell. Protesters showed up at his Louisville home the other night. They shouted he was a murderer. Death threats were made.

Most Americans aren’t buying the Democrats’ vitriol. Dayton and El Paso were tragedies. New pages added to the book of mass shootings that have plagued the country since the mid-1960s. The killers profile similarly: angry, bitter, alienated. Their rationales for committing mass murder – if they offered any – were excuses. Most were young and white. But age matters far more than color. What’s happening in some young men’s lives that they elect to murder?

Americans want practical solutions to end mass shootings. Character assassinating Trump and tens of millions of folks who support him solve nothing.