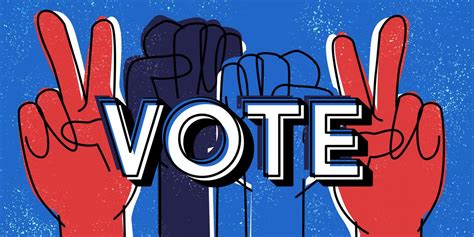 Large groups are blamed, of course. Trump supporters are routinely called racist, misogynist, homophobic, hateful, evil, and accused of being part of a “cult.” That last term reveals much about the nature of the left.

Everyone who calls us a cult discounts the possibility that we have genuine, sincere differences in opinions or values. If we’re a cult, we’re mindless, robotic, and unprincipled. The whole “cult accusation” is useful for leftists and anti-Trumpers because it gives them another way for them to feel superior and act condescendingly. They love that.

Calling much of America a cult also, conveniently, saves the left from having to defend their own policies or attack ours. In politics, it is hugely convenient to be able to discount an entire national cohort by simply calling them names. The left, and team Biden in particular, very seldom discuss issues in terms of solid data and rational arguments. The coin of their realm is emotional appeal, gross generalization, and political bigotry.

For example, they don’t defend their open borders policy. It welcomes people into our country who have not been vetted, may have Covid, and about whom we know essentially nothing. Rather than defending that, they just claim anyone who thinks we ought to have a secure border is racist. Again, they don’t really bother to defend their actions; they just attack the character of their opponents.

This recent poll shows huge portions of Biden voters already regret their vote for him. While this seems to be fairly early in a presidency by most standards, in the case of the disaster who claims the title of president at this time, my reaction is ”What took you so long?”
It is difficult to imagine what more a president could have done badly in his first year in office. Consider this: If Biden’s goal was to destroy America, undermine its institutions, and embolden our enemies, what would Biden be doing differently? It isn’t that easy to think of anything.

The southern border is open with illegals being welcomed, relocated, unvetted, and untested for Covid. We essentially surrendered to a terrorist group that now runs Afghanistan. We gave them tens of billions of dollars in ordinance that will be used for decades to come to kill Americans and our friends.

Inflation is skyrocketing. The White House works with social media to actively censor comments of private citizens. The Administration has rejected the tradition of equal opportunity and embraced equity.
The distinction between equality and equity is, by the way, everything. Our president no longer promotes equal opportunity but, rather, supports government control and distribution of wealth based on gender and skin color. The Covid-related spending boondoggles, for example, specifically allocated money to farmers and restaurant owners based on skin color. Federal law gave tax money to Americans of one race while not giving it to people, who are in the exact same circumstance, but a different color. That is where we are today. Not good.
It is startling, even to someone who opposed Biden, how quickly things have deteriorated. Unfortunately, we are stuck with Biden or someone equally bad until January 2025. That is why we remind each other that elections have consequences. And all of those who helped put this clown in office share a bit of the blame.

Note the disappearing act by most anti-Trumpers in recent weeks. That is a relatively small group, but one that got a lot of ink, because the leftist media, which is most of them, love to talk about supposed Republicans who hate Trump.
As we said, most political actors are never held to account. As long as we are still a fairly free country, however, those of us who choose to engage in the debate can made an effort to remind people how their voting decisions have impacted us all. The hope, vain though it may be, is that next time more people will be incented to get it right.