ABOUT THE FLYOVER FOUNDERS

Our founders have worked in politics, corporations, agencies, and trade associations all over the nation. Our values, however, are straight out of middle America. Informed by years of experience, we do not hesitate to take clear positions, to stand up for the principles that make America exceptional. Join us in Flyover country to celebrate our great nation and to advocate positions that will help us preserve its blessings for generations to come. 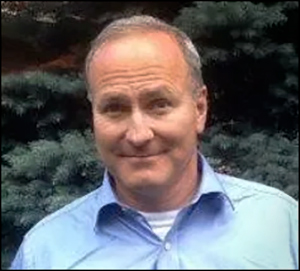 This guy is a semiretired public affairs and political pro. He’s not yet ready to garden but does avoid DC with a single-minded determination. The monuments and food trucks there are swell, but the rest are just taxpayer-financed inflammation and swelling of the body politic. Smith wrote some for PJ Media and writes a lot for American Thinker. Some of his work for AT appeared at Real Clear Politics, Liberty Daily, at other online aggregators and, now and then, in newspapers. He makes plenty of noise on Gab. He would tell you to pop a beer and fight the good fight. Let your kids and grandkids remember that at a time when liberty was imperiled, you did your part – somehow, some way. And, damn it, you never surrendered. In fact, liberty and you won. 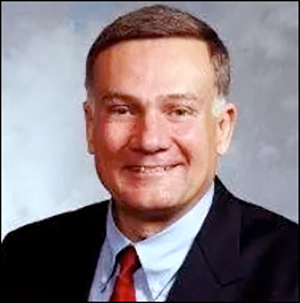 Born in Indiana, Rob began his career with the state GOP and legislature. His folks taught him it was important to believe in something, to be unafraid to say so, and to not let other’s comments that may be hateful or unconstructive go unanswered. Rob met his wife, Sue, when they both worked for the governor of Indiana. She maintains he can walk into an empty room and start an argument. He has worked in marketing communications, public relations, media training, speech writing, and public affairs for political organizations, corporations, agencies, and trade associations. He worked extensively in consumer products, economic development, tourism, and the hospitality industry (a fondness for food and drink being an asset). Rob worked in Washington, DC, for the RNC during the Reagan years and has made his home at times in Chicago, Indianapolis, North Carolina, Texas, and, presently, Las Vegas.

“Flyover country” began as a term condescendingly used by political and cultural elites who live and work mostly in urban centers on the coasts. Smug elites and progressives deride “Flyover Country.” They view that great swath of real estate between the coasts as disdainful.

At Flyover, the things that elitists detest are what we value most. We see this as a place where race, creed, and color don’t determine your worth. Character and values do. We recognize PC and “woke” as madness. Identity politics are destructive. Whether you are famous or faceless, rich or poor, it doesn’t matter here. What does matter is that you take a stand in defense of liberty, promote American exceptionalism, and celebrate America’s great achievements.

America’s strength lies in our patriotism, dedication to freedom, respect for the rule of law, and unabashed love of country and neighbors. We invite you to join us in discussing the issues of the day, and we welcome you regardless of your political persuasion, gender, race, national origin, party affiliation, or where you happen to live. At Flyover, our strength lies in what we have in common, not in our differences.

True Flyover Country is anywhere patriots live. It’s that place, virtual and real, where resides the heart and soul of this magnificent nation.