Any list of the greatest economists of the twentieth century will include Dr. Milton Friedman of the University of Chicago. He wrote a number of essential economic treatises, and Free to Choose, written with his wife Rose, was a bestseller. Very few people have made a greater impact on economic thought and policy. (1)

Friedman had a knack for putting complex factors like inflation in simple terms. Few economic factors have a greater impact on average Americans. Prices have increased dramatically in the past year as Americans feel the pain at the gas pump, in the grocery, housing, and more.

Politicians and pundits assign blame. Currently, the Biden Administration is referring to the “Putin price hike,” blaming the Soviet leader for domestic inflation, even though the great majority of the price hikes under Biden came long before the war in Ukraine.

Fortunately, we can look to Dr. Friedman for nonpartisan insight. He said: “Inflation is always and everywhere a monetary phenomenon.” (2) He made analysis of inflation easier by using the following equation:

When Dr. Friedman was discussing inflation in the late 1970s, he said real GDP (output) historically grew at about 3% annually. The actual inflation adjusted figure, from 1947 to 2020, was 3.1% per year.

Professor Friedman observed the money supply had been increasing by 10% per year. With a 3% increase in output, his equation projected inflation would be about 7%. That was incredibly accurate; the actual rate was 6.8%! In other words, the equation works.

END_OF_DOCUMENT_TOKEN_TO_BE_REPLACED

Supporters of a leftist, pro-government, anti-freedom agenda are in charge in Washington. They control both the legislative and executive branches and hold all important leadership positions in the Democratic Party. Their top priorities are policies that are not necessarily popular with the American people but are essential dogma for the far left.

Examples abound, but consider just one: their border policy. Americans don’t support open borders. Yet Democratic leaders have chosen not to enforce immigration laws, to welcome illegals without conducting background checks, do not determine if they are political refugees, do not test them for COVID, and relocate them in communities across the country.

Florida alone was the destination of more than 70 government flights, in the dark of night, unscheduled and unannounced, moving in illegal aliens collected at the border. The Biden Administration does not even notify local officials or coordinate with them. If that doesn’t constitute an “open border,” then the term has no meaning.

END_OF_DOCUMENT_TOKEN_TO_BE_REPLACED

Especially as a young man, I enjoyed spending hours reading books and short stories written by Isaac Asimov. His writings were adventurous and scientifically (for the most part) possible. He was an endorser of technology that brought more jobs by the end of the 20th century than we had people at the beginning of the century. He appealed to the economist in me.

Today, I hear disdain for those who are unvaccinated. They are described as “misinformed” or “ignorant.” They should follow the science. (Which apparently means they should follow Tony Fauci, who says “I am science.”) Yet, recent reports from the CDC showed about 30% of healthcare workers have not been vaccinated. This includes many doctors and nurses that logic says would have some knowledge of science (even if not of “Fauci-science”).

END_OF_DOCUMENT_TOKEN_TO_BE_REPLACED

Economics has been called “the science of scarcity” and “the dismal science.” While a lot of my peers may take offense to that description, it is economists who are called on to analyze data, predict the future, and share our conclusions, however rosy or gloomy they may be.

Sometimes the information we have before us is so compelling there is only one way to interpret it. Today is such a time. As I look at key indicators, it is hard to escape the conclusion that we are headed toward some very dramatic events.

It reminds me of an incident experienced by my uncle, Bill Cook, back in the 1930’s. The images he shared were just as stark as the economic future that looms ahead today.

Bill Cook left Iowa for Reno, Nevada where he spent his life. He made a living as a railroad man. He was the engineer on freight trains; the huge ones that went on and on and fascinated me as a boy.

About twenty years ago he told me about a time he was involved in a massive train wreck. Another train, which came from behind his, was engineered by a man who had many years on passenger trains but very little experience with freight trains. The difference is huge. Freight cars typically carry many tons while passenger cars are comparatively light.

Lacking understanding of (and respect for) the care needed on a long downgrade, the passenger trainman went into it too fast. Realizing he needed to slow down, he made a fatal mistake. He slammed on his air brakes – an action that caused all the air pressure to be released. That left him with no braking power.

Bill could see the other train coming, so tried to pull his train off onto a siding. It rapidly became clear the collision was unavoidable. Try as he would to avoid it, the second train hit the back of his. Fortunately, for Bill, he was far enough forward that he was not injured. But the wreckage behind him was massive.

Bill was later exonerated of any responsibility for the event; but he never forgot what he saw and the feeling of impending doom as he watched the unfolding of an unstoppable disaster.

When I watch the current economic situation, I have something like the feeling my uncle did.

As an economist, I am aware of a simple rule from one of the twentieth century’s great minds – Milton Freidman. Inflation tends to be the difference between the rate of growth of the money supply and the real (inflation adjusted) rate of growth of output. (For example, growing the money supply at a 5% rate, with GDP growing at a real rate of 3.5%, causes inflation of about 1.5%.)

In the last 18 months, the money supply has been increased by about 31%. That’s more than 20% per year! The fastest GDP (adjusted for inflation) grew since 1960 is 7.2%. If we hit that high mark again (and that is very unlikely), inflation would be about 13%!

That’s not the worst of it. Over the long-term, interest rates tend to run about 3% more than the rate of inflation. You do the math. Extremely high interest rates bring the train wreck of falling housing values and downward pressure on stock values (the basis of a huge amount of retirement funds). The inflation train is on the downhill side of the mountain. You can see the collision coming – but it may already be too late to get off the tracks! 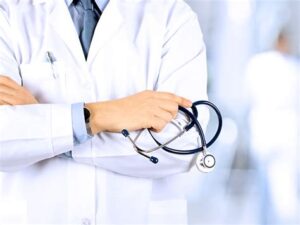 As we discussed previously, critics of America’s healthcare system are quick to point at our mediocre life expectancy as proof of the flaws in our system. As is so often the case, even a modest amount of exploration reveals the flaws in that observation. As we will see, we have the world’s highest life expectancy, when confounding factors, such as homicide rates and transportation deaths (primarily vehicular accidents) are taken into account.
[DISPLAY_ULTIMATE_SOCIAL_ICONS]
END_OF_DOCUMENT_TOKEN_TO_BE_REPLACED 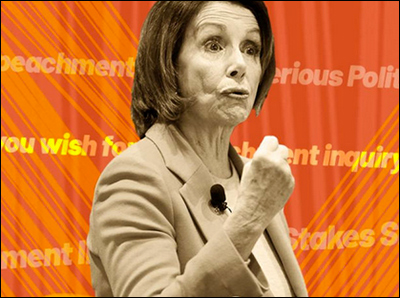