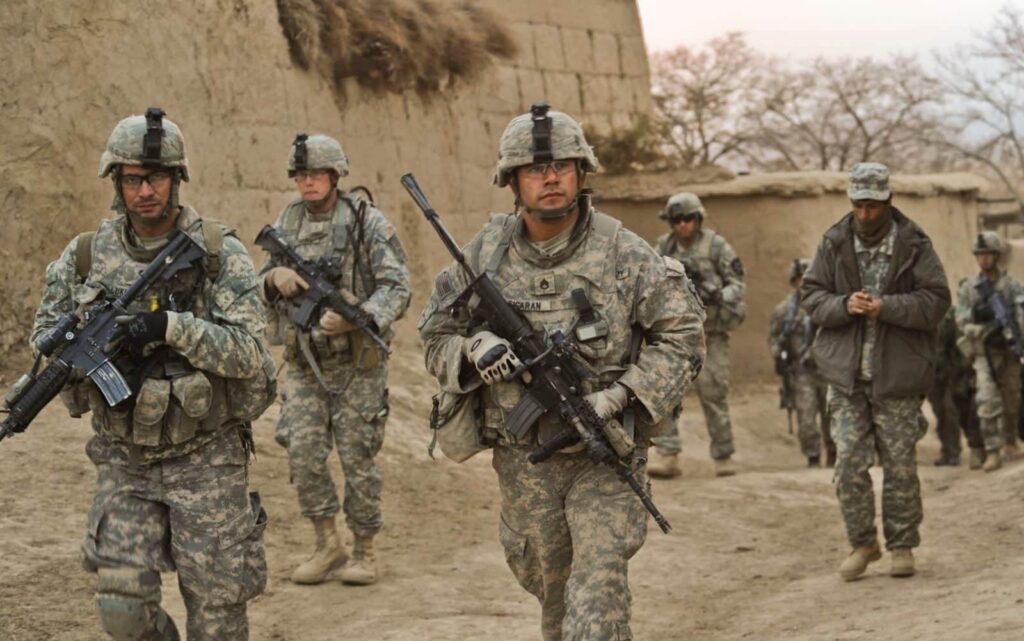 Sadia Pirouzi, one of 4 women pilots in the Afghan Air Force, has been stoned to death by the Taliban. If we had an honest and effective media, you would hear her name repeatedly. If the major women’s rights groups or Democratic leadership, who claim to have a monopolies on compassion for such people, would be expressing their outrage. Their silence is just further proof of their hypocrisy. Unfortunately, Pirouzi’s death is just a preview of things to come.

There are not many major political decisions or events that can fairly be laid entirely at the feet of one individual. The disaster in Afghanistan, including the totally preventable death of 13 of our best last week, is as close as you can get.
These people are dead because of Joe Biden. If you’re interested in exploring ways to spread the blame, you could reasonably implicate those who supported or voted for him. If Biden is the guy who drove drunk and hit a school bus full of children, then his voters are the ones who served him the beers, gave him back his keys, and let him drive.

The disaster that is our exit from the region is among the most significant military mistakes of our collective lifetimes. We have shown the world that America is no longer a reliable, assertive, effective partner. We have proven we cannot be trusted, have emboldened our enemies, and alienated our allies.

In fact, if Biden’s goal were to prove to that America is no longer a leading world power, it is unlikely he could have done more. There is no sense – none – in which we are better off as a nation, or as a planet, because of the way the withdraw was handled. Dictators and would be authoritarians around the world today think “I can do anything I want, and America won’t do a thing about it.” They are correct.

I will not be among those even remotely surprised if China moves on Taiwan before the Biden disaster of a presidency is past. Why wouldn’t they? China knows we will not stand up to them. So does every other nation.

Remember, also, that anti-Trumpers, the left, and the media (but I repeat myself) accused Trump of undermining or even destroying our key alliances, including NATO. But Trump strengthened our alliances in two ways. One, he showed resolve, as opposed to just giving in to our enemies and allies alike. Two, Trump got our allies to pay more of their share. Those are good things.

This week, the guy who was supposedly saving our alliances, became the only president in history to be publicly rebuked in Parliament. Our oldest ally, the UK, has said they can no longer trust or support America’s military actions. In seven months, Biden has done more damage to our alliances than any of his predecessors.

Boris Johnson, the British Prime Minister, tried for forty hours to get in touch with Biden. For forty hours, our ally couldn’t even get a return phone call. Maybe Joe was napping.

As you have heard, President Trump wanted to pull out of Afghanistan, which is an objective supported by both 2020 presidential candidates. The Biden apologists and enablers have scrambled to say, “All he did is the same thing Trump wanted to do.” Nonsense. The controversy isn’t about pulling out; it is about the reckless way we did it, the arms we have handed over to terrorists, the extra lives lost, and the Americans and allies left behind. Biden’s team is trying to spin this to act like the criticism is of the decision to leave. That is yet another lie.
The Pentagon says they don’t know how many Americans are left in Afghanistan. It could be hundreds or thousands. And we have abandoned them. In recent days, British and French commandos were running rescue operations to get their own citizens out. Our Secretary of Defense claims we couldn’t do it. The French military is acting courageous and honorably; American military leaders weren’t allowing us to do the same.

As we effectively surrendered to the Taliban, we have been taking orders from them. Our once proud and powerful nation allowed a terrorist organization say who will provide security and access to the airport (they will), who will dictate when we leave (again, it isn’t us), and whether we will be allowed to extend the deadline (we won’t). The Taliban tells us to jump. We say how high.

The Trump plan, negotiated with the Taliban and Afghan government, wasn’t for a unilateral, unconditional withdraw. That agreement included a series of conditions. There were requirements that the Taliban had to meet, things they had to do, or the deal was null and void. As those conditions were not met, America was no longer tied to the deal.

The deal with President Trump required that the Taliban agree to a shared power arrangement with the Afghans. They were to have a government in place, or there was no agreement. The deal also required that the Taliban allow an orderly, safe pull out, citizens and military, with no interference. When those metrics were not met, the deal was off. So, effectively, Biden at that point had no deal at all. He owns this.

The Trump Administration also had developed an emergency withdraw protocol that provided for the safeguarding and removal of Americans and our Afghan allies. Secretary Blinken cancelled it in June. Under Biden, our leadership and credibility has fallen to the point that we can’t even run away correctly.

Biden has made a ton of other mistakes that are his alone. For example, his administration gave the Taliban a list of Americans in country and Afghans who had worked with them. Got it? They gave terrorists a target list. So now, as we pull out, they can use that list track down, torture, and murder the very people we should have been saving. This alone may be the most disgusting, incompetent, and even treasonous action of a president in our lifetimes.

The U. S. also allowed the Taliban – our terrorist enemies – to be in charge of security around the Kabul airport. Next up: Colonel Sanders takes responsibility for protecting chickens. Saying “I told you so” isn’t a lot of comfort. It won’t bring back any of the thirteen Americans who died because of our president’s ineptitude.

Leaving Bagram Air Force Base is possibly the single most depressing mistake of it all. Bagram was our sole major strategic asset in the region. It gave us a foothold, a base for any and all operations in the region, including the withdraw. Instead of holding the base and using it to protect lives during an orderly withdraw, Biden just abandoned it. In the process, he quite literally gave, to the world’s most despicable people, an incredibly expensive and extensive array of ordinance. Weapons, aircraft, ammunition, and vehicles. It was all just given to our most notorious enemy and sponsor of international terrorism.

American made weapons, that were given to terrorists, will be used to kill Americans and our allies for dedaces. The same president who does not think you can be trusted to own many types of firearms just gave similar and even more powerful of weapons to terrorists. Next time someone from the left or Democratic Party tries to lecture you about gun control, just a thought: tell them to go to hell.

This is the biggest military failure since at least Viet Nam. And it is squarely on Biden. Period.

Each person who voted for him, supported him, or turned on the GOP because you don’t like Trump’s arrogance, personality, or tweets, has blood on their hands. You own this. Sorry if you think this is too strong, but the time for timidity and worrying about the next group hug is over. Our nation is at risk. You had the information in front of you, to make the right decisions, and failed. My hope is that God gives us a way to endure the next three and one-half years in spite of the fact that we don’t deserve it.