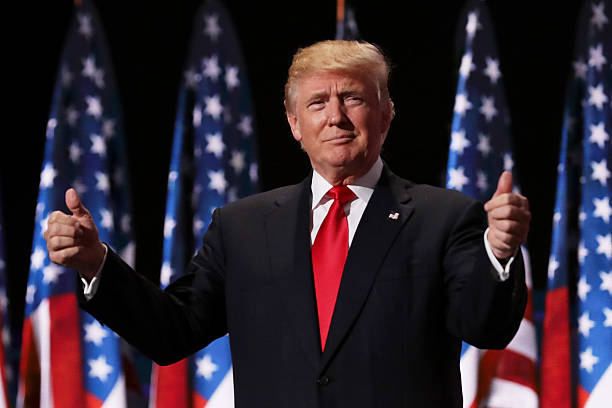 Appropriately for Halloween, these words will bring a smile to some faces, shock and horror to others: Trump 2024!

Q: Is it possible we will see another presidential run by Donald Trump in 2024? A: Do bears defecate in the woods?

Fortunately for conservative patriots, there are good options for 2024. Our bench is solid. See here. But Trump is the favorite for the nomination. Others are conservative and successful, but his willingness to fight, consequences be damned, sets him apart from most Republicans.

Probably the best alternative, from the standpoint of effectiveness, is at this time Governor Ron DeSantis. He is probably the best, after Trump, at pushing back against politically correct garbage spewed by leftists.

You could make money operating the spine rental concession in the Capitol. We need to fight, speak the truth, and elect leaders who will.

You can have all of the conservative, constitutional, pro-freedom principles you want, but, if you don’t express and fight for them, you’re no more helpful than Bernie Sanders.

Yes, some of his conduct makes me cringe. Lots of other Republican leaders make me sick as well. I am more revolted by people like George W. or Romney staying quiet or sucking up to the media than I am by Trump’s boorishness.

Who do Americans traditionally honor more: people who accomplish important things in spite of the odds, or those who don’t offend?

Somewhere out there may be a person with the necessary feistiness who picks their fights carefully. That person is not named Trump, Bush, Romney, or Rumpelstiltskin.

Elections require us to choose from two or more imperfect alternatives. Just like every other aspect of life. For good or ill, in 2024 we will probably be choosing between Trump and Biden/someone just as bad.
We would encourage you to get behind whoever you believe would be the best pick for conservatives and freedom-lovers in 2024. DeSantis, Rubio, Cruz, Haley? Good. Go for it. But if it ends up being Trump, you will face a decision much like you did in 2020, only with four years of leftist disasters under our belt. Today’s anti-Trumpers may face exactly the same choice in 2024 as they did in 2020, with the added benefit of four years of proof they made a bad decision last time.

Trump’s vast support in the GOP base is mostly a result of three things.

One, he kept most of his key promises. Compared to other presidents, Trumps’ record of doing what he said he would do is impressive.

Two, those policies were generally good for the country.

Three, he fights hard and doesn’t back down.

All three of those things cannot be said about most presidents or candidates. Not George W., George H. W., Clinton, Obama, or Carter. There is no president not named Reagan, in the past 45 years, about whom those things can all be said. No wonder Trump was a shock to our political system.

The question isn’t why do people still support Trump? The better question is why don’t more see what made him effective and conclude his pros outweigh the cons?

Is it more sensible to oppose him because you think he is a bit crude, classless, insulting, or picks unnecessary fights? Is it more sensible to say he is flawed, far from being perfect, you probably wouldn’t want him to marry your daughter, but was clearly a better choice for the nation that the piece of dreck we currently have in the White House?

For most conservative constitutionalists – including the 95% of grassroots Republicans who voted for him in 2020 – that is an easy question to answer. Give me an imperfect man who does things that are good for the country, rather than one who is imperfect in different ways but does things bad for the country. Given that choice, the decision is easy.