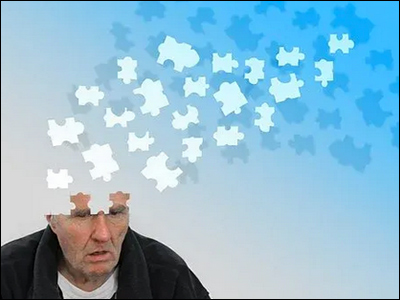 Joe Biden’s much anticipated news conference was held Thursday afternoon. Why was it much anticipated? Because Biden is into three months in the White House and hasn’t had a presser prior to yesterday’s event. By contrast, President Trump made himself available to the media routinely and without reservations. He sparred and battled with the nitwits who makeup today’s uber-biased – yet gravitas-free – press corp. That’s what a real leader does.

Like Biden’s 2020 campaign approach, Joe has remained distant. That is his handlers’ doing. Do they really have a choice?

Yesterday’s news conference didn’t put to rest worries about Joe’s infirmity. Anyone with eyes to see picked up clues that Biden ain’t the man he used to be.

We know from White House daily logs that Biden keeps a light schedule. He often shuts down early. His public utterances are marked by gaffes, forgetfulness, pregnant pauses, and meanderings. We get to watch Biden strain to recall names and facts. Last Friday, we got to watch Joe stumble up the stairs to Air Force One not once but three times. Old Joe nearly injured himself.

Oh, yeah, the mainstream media gaslighted the news conference, just as they do with any appearance that calls into question Biden’s fitness. They’re in on the fix. That’s shameful, of course, but, worse, it harms the nation. The people have a right to know the truth.

There was nothing impromptu about Joe’s performance. Biden didn’t speak off the cuff as Trump was accustomed to doing. Doubtless, Joe was prepped extensively. He had cheat sheets (cards and notes) that he referred to throughout the event.

This from the National File, March 25:

Talking points such as “The United States now ranks 13th globally in infrastructure quality — down from 5th place in 2002,” and, “China spends 3 times more on infrastructure than U.S.” could be seen on the cue cards held in the hands of the President.

Another piece of paper contained the names and headshots of reporters present at the press conference, with some names circled to indicate which ones would be allowed to receive a response from the President.

Biden paused to gather his thoughts. He formulated his words slowly. His expression was generally blank. His eyes looked vacant.

I’m no physician, but having had family and acquaintances who suffered dementia and Parkinson’s, I’d be willing to bet Biden is afflicted with one or the other. Chances are, he’s medicated to treat whatever neurological decline he’s suffering. A cocktail of medications to treat either condition can contribute to the flattening of personality.

Prior to yesterday’s news conference, I had a piece running at American Thinker, entitled: “The Unfit President.” If you haven’t read it, you can find it here. Biden’s news conference doesn’t alter my analysis one iota.

The upshot is that the nation has a president in name only. The country is being run by a cabal of power-hungry Democrat and leftist operators in the White House. Joe is the dotard fronting this ruse.

And don’t you think that Xi Jingping, Vladimir Putin, and Iran’s mullahs know it?