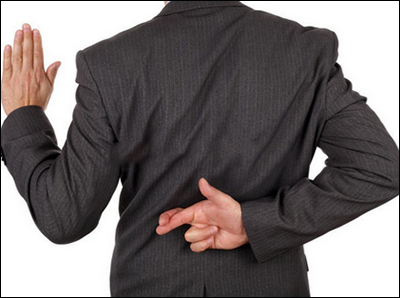 One of the advantages of being a leftist/Democratic leader/Democratic socialist in today’s political environment is you are almost never held accountable. Your own supporters, party leaders, grassroots base, and most of the mainstream media never call you out for hypocrisy, changing positions on a moment’s notice, or lying.

Last week, VP Harris had a discussion on women’s empowerment with Bill Clinton. If not completely immune to widespread media criticism, they would have been vilified for this.

Bill Clinton’s abuse of women is legendary. Harris got her first positions in government from a married man, twice her age, with whom she was having sex. If you think either of them are models for your daughter or son to follow, you’ve got a problem.

Harris also says Biden endorsed racist policies and racist people and is guilty of sexual assault. That didn’t stop her from accepting the candidacy for VP. When asked about all this, she cackled (there isn’t a better term for it) and explained it was said in a debate.

Huh? The Vice President confirms that what she says isn’t necessarily true, sincere, or to be believed, especially in a public debate. Harris was either lying, or alternatively, simply doesn’t care and would sell her dignity, reputation, and soul for political power. Neither option is comforting.

Leading Trump critics, in the media and in the Democratic Party (but I repeat myself), abhor him because he is threatens their power. That is what it was all about, and nearly ALL that it was about.

They claim Trump lied and cheated and sold his soul for foreign countries and was racist and misogynist and more. And that was all just before breakfast on an average Tuesday. But if you are offended by lying you would presumably be offended by it whoever is spinning the tale. But it doesn’t work out that way.

Immigration presents an example. In 2005, Senator Barack Obama said: “We simply cannot allow people to pour into the United States, undetected, undocumented, unchecked and circumventing the line of people who are waiting patiently, diligently and lawfully to be become immigrants in this country.” Obama in 2005 sounded almost exactly like Donald Trump in 2020.

Yet, today, the Democratic Party is dedicated to unrestricted immigration, open borders, and providing free access even for illegals with Covid-19. It is, provably, more important to them to let in millions of new people, with the belief they will soon be voting Democratic, than it is to fight the pandemic.

Actions speak louder than words, and there is no evidence team Biden cares about veracity. They care about power. Whoever is really running the show at the White House got what they wanted from the compliant media and anti-Trumpers. They’re in power. That is all that matters to them. (We know Biden isn’t effectively in charge. A president who has to read his responses in news conferences, off of prepared notes, is demonstrably unable to govern.)

The left’s capacity for self-delusion, their comfort with hypocrisy, lets them say, with a straight face, that up is down, left is right, and Jerry Nadler is skinny.

Give them their due. The Democratic leadership is incredibly disciplined. While the GOP can’t always decide on its message and can’t off of the same song sheet consistently when they do, the Dems are a portrait of discipline.

Suppose Democratic leadership announced, this morning, that the sky isn’t blue. It is plaid. Fine.

By the end of the day, Pelosi would have said Republicans are racist for denying it, Biden would have pledged to spend 100 billion dollars to promote support for plaid skies, and CNN would be editorializing that the GOP has always been an anti-plaid party. What is left of the corrupt and pedophilia-enabling Lincoln Project would have an ad out saying, “fight the anti-plaid hypocrites.” Most anti-Trumpers would agree.

One of the latest lies being perpetuated by the left/media/anti-Trumpers is that there are a ton of voter suppression acts being proposed in the states. Got that? These are supposedly proposals intended to suppress the right for American citizens to vote.

The inconvenient truth, with apologies to the charismatically challenged former VP, is that there are exactly zero state proposals designed to make it harder for legally qualified people to vote. Zip, zero, nada. More on this to come in the days ahead.

Leading Democrats apparently believe that most voter fraud is committed by blacks and other minorities. Consider this: the only people who would be affected by enhanced voter security are those who want to cheat. Yet Democrats claim minorities would bear the brunt of it all. It stands to reason that the only way minorities would be disproportionately affected by these laws is if they are the ones trying to cheat. Republicans don’t claim that is the case, but Democrats seem to think it is.

It is also apparent these same leaders must believe that most major corporations, government offices, airlines, and social programs are run by racists. Democratic leaders say that asking for voter identification is racist. Yet, you have to show identification to board a plane, enter government buildings, get a job, open a bank account, or apply for welfare. Are the people who set those policies all racist? Any requirment that is racist when applied to voting is, by definition, also racist when applied to other transactions people do on a routine basis. A requirement for ID cannot be both racist and not racist at the same time.

Here is a partial list of things for which you need a state-issued id.

Again, showing message discipline that is both impressive and dishonest, the Democratic leaders and media sycophants are pushing the lie that laws such as the one recently enacted in Georgia are racist, that Republican leaders know it, and the only way the GOP can win is through suppressing the vote. For example, it is hard to imagine a piece of prose more dishonest than this at Salon.

The Real ID Act upgraded the quality of ID needed to board an aircraft or enter lots of federal facilities. If it was racist before, it must be extra super duper very seriously racist under the improved restrictions.

None of this is surprising. The one thing you can count on is that, whatever policy Republicans propose, Democratic leadership will claim it is racist. It is what they do. You couldn’t enter the Democratic National Convention without showing a picture ID. But if you require one to vote you are a racist.

The Dems are the party of Jim Crow, the KKK, and segregation. Anyone looking for them to be honest and ethical about matters of race will be waiting a long time.