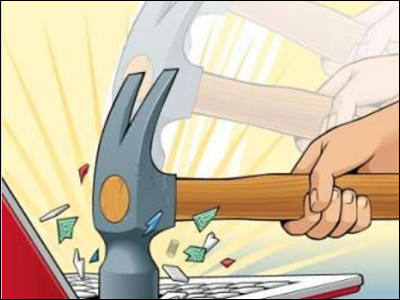 Google, Twitter, Facebook, Instagram, and Amazon, et al, aren’t too big. They’re too biased. Not that that should fuss Democrats and the left, because that bias goes their way. But Democrats still want Big Tech under government’s thumb. Why? Their power hunger is never satisfied.

Big Tech is in the cross-hairs across the political spectrum. Progressives want more than allies in the private sector. They want Big Tech to be a tool of Uncle Sam. This from the Washington Times report:

“We have to recognize it for what it is: It is essentially a utility that has gone unregulated. And as far as I’m concerned, that’s got to stop,” said Sen. Kamala D. Harris, California Democrat and presidential contender.

Grassroots conservatives are sick and tired of Big Tech’s leftward bias. An untold number of conservative accounts have been suspended at Twitter and Facebook. Conservatives want an end to Big Tech’s iron grip on the market.

The big players are in bed with the Democrats, mostly. There execs and employees contribute lopsidedly to Democrats’ campaigns. The trade-off? Protection and advancement. Big businesses have learned that currying favor with Democrats can shield them from competition, quell unfavorable regulations, and push regs that help them while hurting competitors.

But President Trump has another idea. His Justice Department began an antitrust review in July. This from the New York Times:

The Justice Department said on Tuesday that it would start an antitrust review into how internet giants had accumulated market power and whether they had acted to reduce competition. Similar inquiries are underway in Congress and at the Federal Trade Commission, which shares antitrust oversight responsibilities with the Justice Department.

The best solution is a breakup of Big Tech giants. Market competition, not government control, would allow alternative venues for consumers. Let’s hope the president agrees.