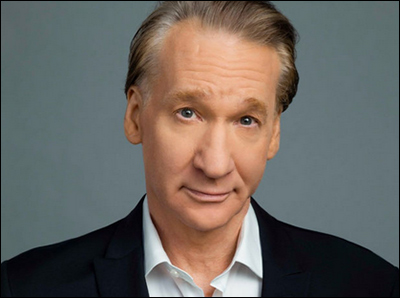 I’m glad [Koch is] dead and I hope the end was painful,” he concluded.

The cold civil war raging in America lends itself to much callousness and enmity toward enemies. Bill Maher went further on his show the other night, voicing cruelty.

Maher, a professional provocateur and ratings whore, spoke for many on the left when he said that he was glad to see Koch die. Koch, a billionaire industrialist, passed away on Friday at age 79. He was also a big philanthropist and libertarian-leaning political activist who put his money where his mouth was. His politics made enemies, like Maher.

At a Bernie Sanders’ rally, the crowd cheered when Sanders mentioned Koch’s passing. Sanders did gently chide the audience for its reaction to the news:

“I don’t applaud, you know, the death of somebody. We needn’t do that,” the 2020 Democratic presidential contender said.

Conservatives also had a beef with Koch and his brother, Charles, who worked hand-in-glove with David. Both were open borders advocates. This is in step with the libertarian credo that free markets operate better in a world where borders aren’t hindrances to the movement of capital and labor.

A flood of illegals has not only taken jobs from Americans, but has added significant burdens to communities throughout the nation. Crime has risen thanks to illegal immigration. The U.S. has lost businesses and jobs overseas, mostly in manufacturing. Conservatives and the Koch brothers didn’t see eye-to-eye, and increasingly so.

But to express gladness that David Koch died, and that one hopes his death was painful, is cruel and inhumane.

The day Bill Maher passes, let’s be better people than he is a man. Let’s pray for his soul.