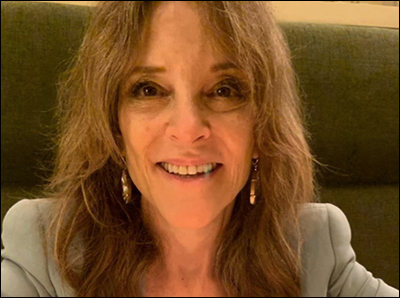 It’s not enough for candidates to feel America’s pain right now; they apparently have to prove that they can feel their own pain first. We’re in the Kale Smoothie Era of Democratic politics.

They seem to be responding to the sizable ­wellness-oriented portion of the American electorate that’s now a Twilight Zone away from a few election cycles ago, when politicians were scrambling to be the one you’d most want to knock back a beer with.

The Washington Post reports – or rather, it gushes – that Democrats have embraced the “self-care” movement. This development is about as nauseating as gulping a kale smoothie. In fact, it’s merely another iteration in the journey of self-obsession that’s been raging across the nation since the mid-1960s.

Anyone recall the “If it feels good, do it” mantra of the 60s? That assertion has underlain American culture for decades now. And not for the better.

Democrats, who once prided themselves on fighting for working men and women, have moved on. The votes, they reason, are among affluent, self-occupied cohorts. Yoga, eschewing meat, and staying trim are practices of the quasi-religious self-care movement.

And it has become something of a religion (along with socialism and a gaggle of other chic “isms.”). Self-careism hasn’t much room for God and traditional faith. Judeo-Christianity is too much about self-denial and giving more of a damn about others than oneself.

In a profile of Williamson, Mother Jones opined:

Offering religion without rules, salvation without sacrifice, the former cabaret singer has remade herself into the perfect priestess for a culture steeped in pop. “Love conquers all” is no cliché to Williamson and her readers. Focus on feelings, she reiterates in book after book, and the rest will follow — from a good man to a great salary to a God-fearing nation. Forget the fuss and muss associated with actual effort.

This from a July report on Williamson from Vox:

Elsewhere in the book, she insists that she’s not saying people shouldn’t take medication. But the upshot of these passages seems to be that people with cancer or AIDS can will themselves back to health. Williamson’s denial “that I ever told people who got sick that negative thinking caused it” is hard to square with the quotes from her book, part of a habit of obfuscating and downplaying her worst statements when called on them during the campaign.

Williamson embodies the spirit of the times that the Democrats are glomming onto for votes. They aim to pander to voters who have too much money and time on their hands – folks who want even deeper forays into the labyrinth called self-obsession.

Self-obsession is the stuff of ultimate misery and unhappiness. How Democrats turn this goo and bile into an agenda will be interesting to watch.