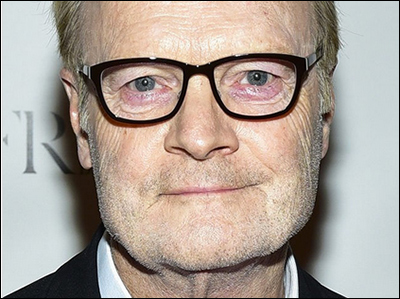 Will the obsession with the Trump-Russia hoax ever end? Clearly not for Democrats and the MSM. They spread it like a virus. It continues to morph into disgusting new forms.

Case in point, MSNBC chat show host, Lawrence O’Donnell. He claimed last night on his poorly rated show he has a source. The source claims that Trump received loans from Russian oligarchs. Ladies and gentlemen, “a source” isn’t journalism. “Sources” are journalism, along with fact-checking and editorial review. What O’Donnell served up was salacious garbage – clickbait, in social media parlance.

Why does Lawrence O’Donnell and his ilk – in the media and Democratic Party – persist in pushing falsehoods about a Trump-Russia connection? How about arrogance to begin with? Most of these “elites” live in a big bubble. They’ve bought the pap that they’re the smartest, most sophisticated group in America. They know that Trump colluded with the Russians. Facts and hard reality aren’t going to get in the way.

Then there’s money. Always follow the dollars. O’Donnell’s audience is mostly made up of Democrats – Kool-Aid drinkers who are eager to believe anything negative about Trump. The more outrageous, the better. Another Trump-Russia “revelation” is red meat for O’Donnell’s audience. Democrats have raised oodles of cash from witless small-dollar donors using the hoax as a trigger.

Said the president in a Tweet this morning about O’Donnell’s balderdash:

[O’Donnell was again forced to apologize, this time…] …. for the most ridiculous claim of all, that Russia, Russia, Russia, or Russian oligarchs, co-signed loan documents for me, a guarantee. Totally false, as is virtually everything else he, and much of the rest of the LameStream Media, has said about me for years. ALL APOLOGIZE!

Eric Trump, who runs the family enterprise, is threatening legal action – as well he should. Said the younger Trump in a Tweet:

This was a reckless attempt to slander our family and smear a great company. Apologies are not enough when the true intent was solely to damage and cause harm. As a company, we will be taking legal action. This unethical behavior has to stop. @Lawrence @MSNBC https://twitter.com/lawrence/status/1166800943272353792 …

Eric Trump should file a lawsuit. The only way a shameless propagandist like O’Donnell backs off is if he takes a financial hit – and MSNBC is hit, too.