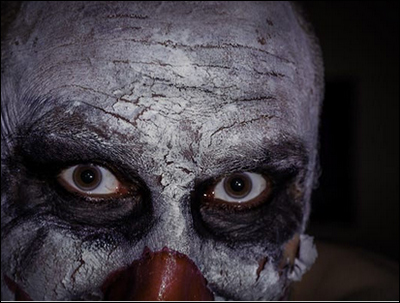 Throughout the crawling duration of It Chapter Two — all two hours and 50 minutes of it — I felt like I was being taken for a ride by a driver who was wearing a blindfold. This movie is so meandering, so stuffed with easily excisable scenes whose revelations wick off with the arrival of the next fit-for-the-cutting-room-floor vignette, it’s as though everyone made this all up as they went along. [snip]

I’m ashamed to say that 30 minutes into It Chapter 2, I began rooting for the creepy clown. I’m actually ashamed to say that it took 30 minutes to get there. Not that I wanted the creepy clown to annihilate the cast. Day players are day players. I wanted “It” to waylay the studio exec who green-lighted this pop culture slop, whoever pitched it, and the production company for churning out this cruddy cotton candy.

This isn’t to knock suspense or horror genres. Both have long pedigrees in Hollywoodland. There are shining examples of both. How about Stephen King’s The Shining for starters? That’s Stanley Kubrick’s masterful rendition of another Stephen King pop novel. Francis Ford Coppola’s Dracula was stylish and smart. For suspense and creepiness, how about Hitchcock’s Psycho? Then there was Wes Craven’s lower brow but tension-building Nightmare on Elm Street – the original, not it’s 63 knockoffs.

It Chapter 2 condenses just about everything that’s crude and idiotic in contemporary pop culture. F-bombs carpet-bomb the dialogue. Line memorization must have been a snap for the cast, though. Plot? More like, “plodding.” Two hours and fifty minutes of glop.

One of the gay guys is thrown into the nearby river by the peckerwoods, only to be snatched up and gruesomely killed by “It.” Are creepy clowns homophobes, too?

The film descends into all sorts of other lurid stuff. A character commits suicide to start the movie. Graphically so. A character vomits – graphically so – when he learns he must return to Derry to confront “It.” Then upchucks later, just because its a good visual. The female lead’s (Jessica Chastain) husband flips when he suspects his wife of an affair. Same luckless lead character has a flashback to being with her daddy, who, it’s suggested, sexually abused his daughter. Flashbacks and psychodrama are thrown in to give the film more heft, one guesses. It just convinces the viewer that the adult characters biggest problem isn’t being stalked by a creepy clown, but horribly arrested development.

It Chapter 2 is a focus-grouped, market-researched virtual Halloween scare-house – made repulsive with real life darkness. The movie is plotted (using the term loosely) to move from scene-to-scene like moving from room-to-room at your local scare-house. But the frights are so over-the-top and repetitive that you’ve got to start laughing to get through the tedium. A younger generation jaded with thrills and sensory-overload needs even greater overload to buy tickets and popcorn. They’d be better off hanging out on their handhelds.

Real scare-houses have exits if the creepiness gets too much for patrons. Movie theaters have exits, too. I should have made for an exit early. Wallowing in slop and boredom can be more deadly than any creepy clown.