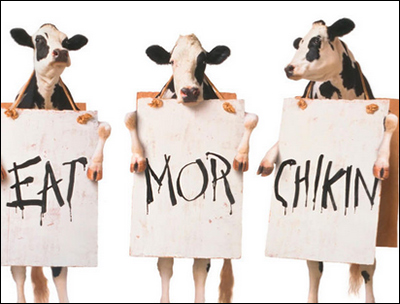 The faculty council, filled with “extreme frustration,” wants America’s favorite restaurant removed from campus for being a “bastion of bigotry” after KU administrators relocated a Chick-fil-A from a basement to “prime real estate” on campus to the Memorial Union. [snip]

The “Sexuality & Gender Diversity Faculty and Staff Council” at the University of Kansas wants Chick-fil-A kicked off campus. The reason? The fast food franchise enterprise’s owners, the Cathy family, are traditional Christians who adhere to biblical teachings. Chick-fil-A’s only offense is that the Cathys are Christians and, hence, poison to these campus PC mandarins.

The big question here is how does a taxpayer supported public institution get away with so flagrant a display of bias and bullying? And don’t shout, “Freedom of speech!” Not when an honest business is being shoved around because its owners hold beliefs contrary to those of leftist profs and administrators… religious beliefs the Cathys share with tens upon tens of millions of Americans.

What matters to the campus PC radicals – and not at just KU – is that the Cathy family actually professes and practices their Christian faith. Christianity is anathema to mostly godless leftists who pursue an agenda aimed at upending society. “Diversity” is a favorite buzzword among these extremists. But if your beliefs fall outside their culture, you’re open to persecution and penalty.

The simple aim of the left is to drastically transform society, bringing all into subordination to their worldview. The left is waging a cold cultural war against traditional America. They’re playing a zero-sum game. They intend total victory regardless the damage.

Why do Republican and conservative state lawmakers permit taxpayer-funded public colleges and universities to serve as bastions of intolerance and bullying leftism? Why do alumni, who know better, stand aside while extremist leftist faculties spew poison… who have as their primary mission the indoctrination of students?

It’s high time for Republican legislators and governors to use the power of budgets to take charge of their states’ public colleges and universities. It’s time to appoint aggressive reformist administrators who will clean house on campuses.

Higher education shouldn’t be platforms to attack and undermine society and brainwash students. It’s a sad commentary on the times that that point has to be made.