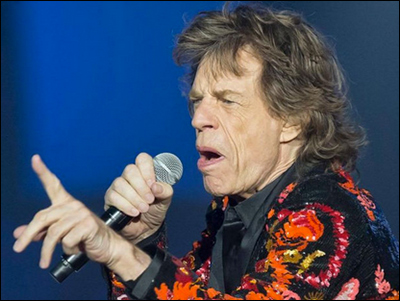 Venice (AFP) – Rock legend Mick Jagger attacked US President Donald Trump for his rudeness and lies Saturday and for “tearing apart” environment controls when America should be setting the standard for the world.

Rock icon, Mick Jagger, just ripped President Trump as an all-around cad. Per Mick, Trump isn’t only ill-mannered but trampling the environment. Mick didn’t quote Alexandria Ocasio-Cortez or Beto O’Rourke that the world is going end in a dozen years (AOC) or a decade (Beto). Sounding environmental alarms without running through the streets shouting that the end is near is downright negligent.

Jagger is, of course, surfacing publicly because he’s pimping his latest venture, a movie. He and his fellow Stones – living and dead – made fortunes off being counterculture bad boys. They made even more loot off their nostalgia tours. Mick, always the shrewd businessman, is now leveraging PC to fatten his swollen bank accounts.

It’s rich, isn’t it, that Mick decries anyone’s bad manners. Most of Jagger’s life has centered on his being a world-class slob. Excesses in booze, drugs and sex are clear testaments to the Jagger Method. That Mick is still alive to tell the tale is remarkable. But don’t try the Jagger Method at home, kids. Better to be sensible and sober than rely on luck.

Jagger, once the bad boy, is now an old man genuflecting at the altar of fashionable PC to stay relevant and make even more dough. Mick’s act is as old as he is. Now, someone cue Symphony for the Devil.