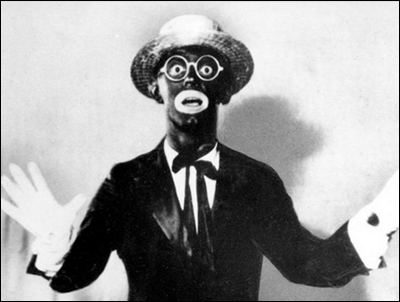 Canada’s progressive prime minister, Justin Trudeau apologized after a 2001 photo emerged in a Time magazine report showing him wearing brown-face makeup to an “Arabian Nights” party at the private school where he was teaching.

Imagine a photo surfacing of Donald Trump from the 70s or 80s. It’s from a costume party. Trump is in blackface, grinning away. Would a Trump apology satisfy the MSM? How about Democrats? Or would both endlessly call for Trump’s resignation? Wouldn’t the gnomish Jerry Nadler start hearings to impeach the president? The grounds? Unconscionable racism.

A photo of Canada’s progressive prime minister, Justin Trudeau, just came to light. He’s in “brown-face” at a party. Grinning like he’s actually enjoying the experience.

Canada’s not the U.S., and Trudeau isn’t an American pol, but the same rule applies: If you’re a left-winger – if you’re not Trump, an American (or Canadian) conservative, or a Republican – you get a pass for your contretemps.

Of course, Trudeau and Virginia’s Democratic governor, Ralph Northam, and attorney general, Mark Herring – both blackface offenders – had to do some requisite groveling before the MSM. And make obligatory apologies.

Let’s interpret Trudeau’s apology to get at the nub. Here goes: “I really should have known 18 years ago that wearing blackface was racist. But I thought it was harmless. That’s not an excuse, mind you. I really, really should have known in 2001 that blackface would be found culturally offensive today. I wasn’t ‘woke.’ I should have been, but I wasn’t. Crystal balls should be birthrights. If Liberals are returned to power, every Canadian will get a government-subsidized crystal ball. You betcha!”

Trudeau might have then said he’d throw a little money a minority cause’s way. Green never offends. But from that point, as a Canadian Liberal or a Democrat, you’re off the hook. No calls for your resignation. You’re washed free from sin. Just move forward, mucking up your country or state with leftist policies and programs.

Trudeau’s party is embroiled in a tough reelection battle – thanks to Trudeau. The stink of corruption hangs over the prime minister. Meddling in a possible criminal investigation and all that. The photo of a brown-faced Trudeau may further tarnish his damaged reputation. Among voters. But not the MSM – in Canada or here.

After all, Trudeau is woke now.