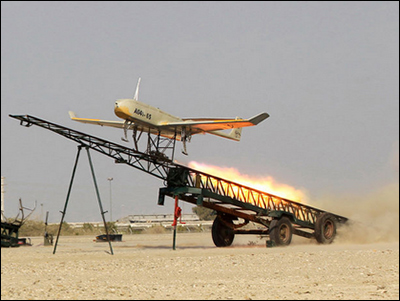 While most drones can carry only relatively small payloads, this will not deter terrorists. Several terrorists working together can launch an attack using several small drones, each carrying approximately a pound of explosives with shrapnel and triggered to explode by radio signal or by cell phone. Alternatively, a single terrorist could use a heavy-lift drone to transport explosives and explode them over the target, or to drop an explosive device near a specific target or into a crowd.

The Houthi rebels’ drones attack on Saudi oil production facilities was disruptive. But future attacks may prove crippling for much longer. It’s nearly a sure thing that if weaponized drones can prey on the Saudis’ oil production infrastructure, the day will come when the U.S. is open to attack. Attacks on the homeland could prove disastrous.

The U.S. hasn’t yet blamed the Iranians for the attack, but it’s a near certainty that they were behind it. Cruise missiles were also used. The website, Ars Technica, features a photo of one of the recovered “loitering munitions” or buzz bombs. The drone’s engine was made in China. The parts were manufactured in Iran. The Houthi aren’t very sophisticated. At the very least, the weapons were furnished by the Iranians.

Though the attack occurred faraway in the Middle East, don’t think that two great oceans protect the U.S. from such mayhem. Drones come in all sizes, levels of sophistication, and potency. (See the website DW for a guide to military drones.) Some drones are short range. Others, longer. Some are too small to do much damage unless clustered. Simple drones sold commercially can be weaponized. They can be used in swarms.

Though U.S. Homeland Security and the military are acutely aware of the nation’s vulnerability to drone attacks, protecting a continent-sized nation from external or internal attack is a daunting challenge.

This about the attack on Saudi Arabia from an AFP report via Yahoo!:

Its [Saudi] air defences include the latest radars, fighter jets such as the F-15, and Patriot missiles which are meant to intercept missiles fired from enemy territory.

But on Saturday, attacks on national energy giant Aramco’s Abqaiq processing plant and the Khurais oil field knocked 5.7 million barrels per day (bpd) off production, over half of the OPEC kingpin’s output.

“The Huthis’ use of drones to attack Saudi Arabia has identified gaps in its air defences,” Becca Wasser from the think-tank Rand Corp told AFP. [Italics added]

The range of vulnerabilities are great. Smaller drones could be launched at crowds. Swarms could be sent up into commercial airliners’ flight paths. Larger drones with weapon payloads could be launched from boats offshore. Power grids in the U.S. – as well as other critical infrastructure – are at risk.

Barring all-out war, enemies like the Iranians – or potentially the Chinese – wouldn’t make direct attacks on the homeland. Surrogates – Islamic terrorist groups, for instance – would be employed.

Dr. Blodgett, in his article for In Homeland Security, recommends:

As drone technology increases, so too will their ability to conduct various types of attacks. Currently, there is nothing to stop the sale of drones to anyone. Even forcing strict regulations on current drone owners that would require them to register their drones would not accomplish much. Individuals could still legally purchase drones and easily convert them into malicious aerial weapons.

While the Preventing Emerging Threats Act of 2018 can fight drone terrorism, it cannot prevent attacks from happening. Lawmakers, scientists and manufacturers must find ways to limit the production and sale of these flying weapons – and soon. [Italics added]

Even limiting the “production and sale” of drones domestically won’t go all the way in stopping the threat of drone attacks on the homeland. Small drones can be smuggled in or even constructed, given simple know-how. Larger, more potent drones can be launched from outside U.S. borders.

Drones are a coming threat to homeland security. The attack on the Saudi oil production facilities proves it. The world is becoming more perilous. The U.S. is more vulnerable. President Trump and the nation’s military and terror experts have no choice but to find new and better ways of handling this growing threat.