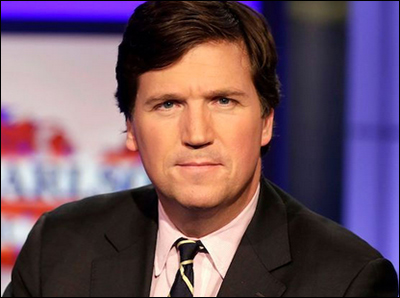 The mainstream media are flabbergasted. How in creation can Tucker Carlson keep his ratings high when they’ve judged him an abettor of white supremacy?

The operative words are “they’ve judged him.” That’s the leftist agenda-laden MSM. The MSM, which has become thoroughly infected with advocacy journalism. The latter is a fancy way of saying the MSM are “propaganda machines.”

MSM as propagandists isn’t an original thought. Tens of millions of Americans get it. A lopsided majority think traditional news outlets produce fake news. Among those millions are Carlson’s viewers. They don’t come close to sharing the MSM’s skewed worldview.

Most Americans don’t buy that society is dominated by white supremacy. Most know that such is on the fringes. Most appreciate that racism isn’t restricted to any one color. Most Americans are sober, sensible people who are in touch with reality. The MSM and left – increasingly – are not. As you would expect from true believers and zealots, they spin narratives that conform to their ideology. In fact, they seek to conform reality to their beliefs. It won’t work. It can’t. Reality, like nature, can’t be fooled.

Advertisers are boycotting Carlson because they’re scared of being on the wrong side of a vengeful media and left. Controversy is bad for revenues and bottom-lines, they’ll blather. They need to recall that Carlson’s sizable audience are consumers, too. Many have long memories. They won’t quickly forget the businesses that pandered to the MSM’s and left’s smear of Carlson.