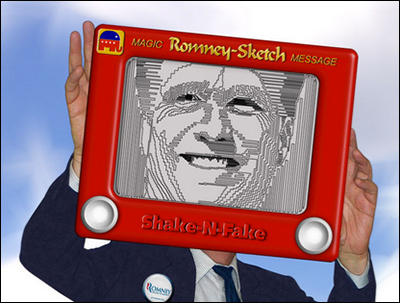 Everything about this story says so much about Mitt Romney: his pettiness, his insecurity, his lack of character, honesty, and decency, starting with how it all unraveled: Romney doing business with the establishment media — in this case, the far-left Atlantic and activist-reporter, McKay Coppins, who was originally hired at BuzzFeed to destroy Romney’s 2012 presidential campaign.

Senate Majority Leader Mitch McConnell should start asking Romney tough questions. If Romney is working across the aisle to dump Trump, there needs to be more than public outcry. He should be sanctioned. Romney is a freshman senator, so hasn’t accrued any real standing and clout. But he should be stripped of two key committee assignments: Foreign Relations and Homeland Security and Government Affairs.

Concerns about Romney coordinating with Democrats to damage the president were fueled with Romney’s condemnation of Trump’s talk with Ukrainian president, Volodymyr Zelensky.

In a tweet, Romney said that “by all appearances, the President’s brazen and unprecedented appeal to China and to Ukraine to investigate Joe Biden is wrong and appalling.”

“When the only American citizen President Trump singles out for China’s investigation is his political opponent in the midst of the Democratic nomination process, it strains credulity to suggest that it is anything other than politically motivated,” Romney further noted.

Credible allegations of wrongdoing by Joe Biden were raised when a video surfaced of Biden bragging that he strong-armed Ukrainian officials. He used muscle to have a Ukrainian prosecutor fired who was investigating a company Biden’s son, Hunter, was a part of.

The transcript of Trump’s call with Zelensky clears Trump entirely. Trump has an obligation as commander-in-chief to inquiry of a foreign government whether or not information and evidence exists on any misconduct by a vice president or member of Congress overseas.

These are legitimate questions for a president to ask, particularly about China. Xi’s China isn’t just a competitor, but an adversary.

The Pierre Delecto account’s very first follow was eldest Romney scion Tagg, joined shortly thereafter by Glen Johnson, a current politics editor for Boston.com who was firmly on the Romney beat around the time the account was originally created. Next was Mark DeMoss, who the Salt Lake Tribune described in 2012 as “an unpaid adviser to Mitt Romney’s presidential campaign for the past five years,” and Eric Fehrnstrom, who still has “Former @MittRomney adviser” in his Twitter bio.

We know that the mainstream media is allied with the Democrats. Most serve as informal propagandists for the Democratic Party. Any coordination by a politician with the MSM is bound to be known by Democrats. And DC is a clubby town.

Is Romney’s Twitter alias and account just him being passive-aggressive? Or is it part of his efforts to work with Democrats and the MSM to waylay his party’s president?