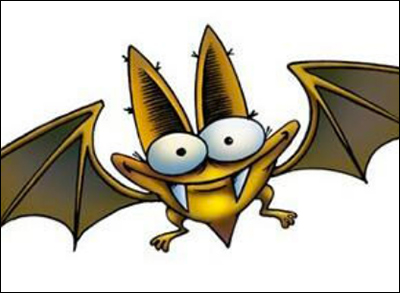 Democratic presidential candidate Beto O’Rourke on Monday defended his repeated attempts to paint President Trump as a Nazi sympathizer, calling it the “comparison of last resort” to portray the true danger the country is facing.

You’re past outrage, you say? The Democrats/left/MSM cabal are saying and proposing so many outrageous things that it’s hard to track. Beto O’Rourke, say you, is a desperate trash-dealing candidate. He’s throwing Hail Marys hoping to amp up his failing presidential campaign.

If Beto is wagering that his onslaughts against the 2nd Amendment (the right to bear arms) and free religious practice (1st Amendment) may gain traction, what does that say about Democrat voters? How crazy and radical are they? Democrat presidential candidates daily compete to top one another in the extremism and outrage sweepstakes. They play to audiences that want exactly the red meat madness their candidates dish up.

That Beto claims Trump is Hitler in a blue suit is not just sophomoric, it’s absurd – to sane people with even a passing knowledge of Nazi Germany and Hitler. But millions of Democrats will nod their heads in agreement. Trump must be Hitler incarnate. Facts be damned.

Pete Buttigieg promotes infanticide in everything but name only. His “It’s a baby at first breath” trope permits a fully formed baby to be killed a nanosecond before its born. Who with any semblance of common sense doesn’t recognize this as baby killing? It prompts the question: “Why do Democrat presidential candidates have such a lust for infanticide? Why this hunger among their voters for blank-check abortion?

Hillary Clinton, like a locoweed hepped-up bull in a china shop, charges both Donald Trump and her fellow Democrat, Tulsi Gabbard, with treason. Both are Putin puppets, says the very woman who, as secretary of state, facilitated the sale of shares in U.S. uranium mines to the Russians. In turn, the Russians funneled money into the Clinton Foundation and into speaking fees to Bill. Hillary used her office to enrich her husband and herself. It reads like a suspense novel.

Alexandria Ocasio-Cortez claims the world will end in 12 years without radical changes to the economy. Not to be outdone, Beto asserts only a decade is left. The Green New Deal – touted by AOC, Beto, and Bernie Sanders, et al – is their solution to “climate change.” A high schooler with a basic comprehension of economics sees the Green New Deal as brutally destructive. It would shutter businesses and industries, throw millions out of work, and destroy standards of living. It would make the U.S. Venezuela on raging steroids. It’s hellishly bad. The Green New Deal is fundamentally anti-human.

Heaven forbid, left-dominated Democrats assume power ever. They would devastate a great nation and cast tens upon tens of millions of people into hand-to-mouth poverty. Or they would instigate a civil war, with all the attendant ruin and destruction that ensues. Democrats in power would create the Apocalypse they claim is coming through allegedly degrading the climate.

That’s just a sampling of the Democrats bizarre and nihilistic worldview. Nihilism – learn the word. Apply it to the left unfailingly.

The big takeaway question: How did our society become so broken that leftists feel emboldened to openly spout their vitriol and insanity? How decadent is our society – and consequentially, vulnerable to charlatans and haters poorly cloaked as compassionate?

It stuns that millions of Americans are enthusiastic for a leftist creed that is transparently mean and destructive.

We live in perilous times. We can’t assume the failure of the left. We must instigate it. We must bury leftism in a hole so deep that it’s never recovered. The stakes are that high.