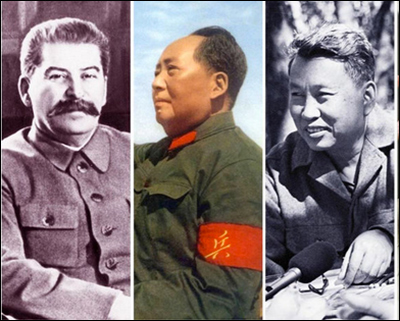 National Day is an important holiday in China’s political calendar and the authorities in Beijing have left little to chance: For weeks they have imposed an extensive security crackdown around the country and across the internet.

But as much as China wants to project a vision of itself as prosperous, powerful and unified, anti-government protests in Hong Kong threaten to overshadow the festivities.

Huge crowds have turned out in Hong Kong on the 70th anniversary of communist rule in China in demonstrations that began peacefully but spiralled into the worst violence of the four-month old protest movement.

The People’s Republic of China is 70 years old. It hasn’t made it quite as long as the defunct Soviet Union. But the PRC probably has a longer shelf life. The Chinese were shrewder than the Russians. Deng Xiaoping jettisoned much of communist economic doctrine. The revitalization of the Chinese economy has more to do with Adam Smith than Karl Marx.

Even with its capitalist-inspired economic renewal, most of the prosperity enjoyed in China is among coastal populations in the big cities. Moving off the coasts, hundreds of millions of Chinese live in grinding poverty. This poses an ongoing threat to the PRC’s stability.

But whatever there is of capitalism in China, it hasn’t done much to advance liberty. China may not be the grim, thoroughly oppressive state that Mao created, but its not free by a longshot.

Xi Jinping is every inch the oligarch that Putin is. He’s an authoritarian who denies basic rights and liberties to his people. The Tibetans continue to be maltreated and oppressed. Add Muslims to that list.

The protests and riots in Hong Kong have nothing to do with too few iPhones and other gadgets in the hands of a bored proletariat. They regard Xi’s attempt to subvert the accord on Hong Kong. China agreed in treaty with the British to respect Hong Kong’s rights. Efforts to extradite Hong Kong citizens for trial on the mainland are a thinly-veiled attempt to crackdown on anyone who dares stand for basic rights and liberty. The protests are now about democracy generally.

Moreover, under Xi, China is an expansionist power. That’s not unlike the Japanese in the first half of the 20th Century. The Chinese have made baseless claims to the South China Seas – international waters. They’re militarizing those waters.

The Chinese also want to monopolize the abundant oil, gas, and mineral reserves underneath those seas. The U.S. Navy and Air Force routinely contest the PRC claims to those waters.

The massacre of democracy protesters at Tiananmen Square in 1989 remains the watershed event in post-Mao China. Thank Deng Xiaoping for the bloodshed. The crackdown led to thousands of protesters being killed by troops. An estimated 10,000 protesters were arrested. China’s direction was made clear. Elements of free market capitalism were okay. But liberty was a threat to the regime and wouldn’t be tolerated.

Mao Zedong was arguably the biggest mass murderer of the 20th Century. That’s saying a lot. He had Hitler and Stalin as competitors. Yet, Xi and his fellow oligarchs continue to venerate the bloodiest tyrant in history.

The 70th anniversary of the PRC shouldn’t be a celebration – not outside Xi’s China. It should be a mourning for tens of millions of innocents sent to their graves by Mao, and those who have been crushed since by his successors. It should be a day of protest in any land where freedom exists.

Oppression in China continues. The application of new technologies will make that oppression more pervasive and sinister. Xi’s ambition for regional, then global, domination is expressed in China’s militarized anniversary parades and doctrine.

If China’s tens of millions of slaughtered and starved could speak, what would they say?