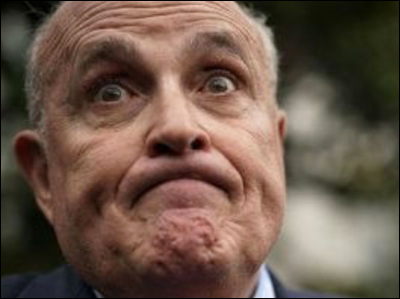 Democrats, with each passing day, reveal themselves increasingly as would-be totalitarians. Totalitarian might seem too strong a descriptor for those who comprise America’s leftist party? Then let’s whittle that down a bit. Democrats are ever more showing themselves to be authoritarians… on the way to being totalitarians.

The leftists that run the Big Apple mean to shield the illegal aliens in their midst. If you threaten an illegal with a call to ICE, you could be fined up to $250,000. “Illegal alien” constitutes hate speech. Any non-citizen on these shores illegally is, well, an illegal alien by fact and federal law. But New York’s vanguard of the proletariat has no use for facts, truth, or federal laws.

It’s not just that the left are control freaks – they are – but its control with a very specific purpose in mind.

Democrats decided years ago that they weren’t going to be a majority party with the support of citizens alone. So, they pivoted. They decided to import bodies to beef up their numbers. In jurisdictions where Democrats control ballot boxes, illegals might just slip in to vote. Regardless, they’d vote eventually. Amnesties and “paths to citizenship” would make it so. Illegals are a virtually inexhaustible pipeline of Democrat voters.

But Americans aren’t so hep on illegals taking jobs and sucking up taxpayer supported services. Democrats have encountered strong opposition – particularly among their former white working-class constituencies. Blacks, who are more adversely impacted by the illegals influx, are starting to be “woke” too. That’s really bad news for Democrats. If just 15% or 20% of black Americans abandon the party, Democrats’ election strategies in competitive jurisdictions become daunting.

The upshot is this: Democrats aren’t going to abandon promoting polices that benefits them politically in the long run. Instead, they’ll create a crime to penalize any citizen who conforms to federal law and cooperates with immigration officials to arrest and remove those here illegally. In true Leninist/Stalinist fashion, they’ll penalize you for using language that they object to. Free speech is only free when it conforms to the dictates of the party… comrade.

That leads us to the Biden campaign’s attempt to block Rudy Giuliani from appearing on network news chat shows and for interviews.

Joe Biden is as much a leftist as Boss Tweed would have been. Biden is a corrupt political hack safely ensconced in the DC establishment. He’s merely trying to strong-arm the MSM into silencing a potent and fearless critic. But Joe’s tactic conforms quite nicely to the leftist playbook. If you can’t win the argument, shut it down. If critics can’t be effectively countered, silence them… comrade.

Thank goodness, we haven’t reached a point where the Democrats equivalent of the Cheka are knocking on doors at midnight, then hustling off opponents to Lubyanka-on-the-Potomac.

Exaggeration? History amply demonstrates that the left may start out claiming to be champions of the people only to become the people’s oppressors. What makes American leftists any different, in their instincts and intent?