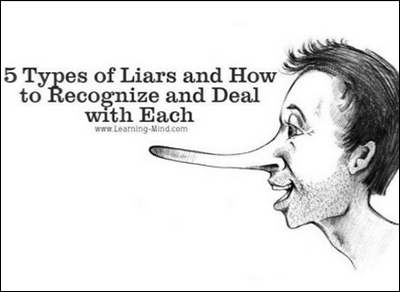 Democrats and their media allies know they’re cooked – unless they can shred the president’s call transcript with Ukrainian president Volodymyr Zelensky. The call, as the transcript bears out, was on the up and up. The White House released the transcript. You don’t have to be a first-year law student to know it exculpates the president.

But Democrats need cover – a rationale for lynching the president. With the transcript in plain sight, they need new angles of attack. So, they’re pulling a Bill Clinton, of sorts. Whereas Clinton parsed his own testimony during his impeachment imbroglio, Pelosi, Schiff, and their band of Soviet-style prosecutors are applying the Clinton parsing with a spin.

Bill Clinton famously said about his testimony that it all depends on what the meaning of “is” is. Lt. Col. Alexander Vindman, who was attached to the National Security Council, is providing Democrats with an “is.”

Vindman is claiming that omitting Biden’s name from the transcript matters to the context and meaning of the call.

Of course, we know next to nothing about Vindman. What are his politics? How about his ties in DC? Much of the bureaucracy and key elements in the Deep State are aligned with the Democrats. What’s Vindman’s angle? Or is he just a useful idiot?

Others in the Executive Branch listened in on the Trump-Zelensky call as well, so Vindman wasn’t the only witness. No one else has stepped forward to try to impugn the transcript’s veracity.

A reason to impeach the president doesn’t even hang by a thread. It’s being propped up by vindictive establishment Democrats, the leftist-dominated House Democratic caucus, and the mainstream media, which serves as informal propagandists for Democrats. Nancy Pelosi and Adam Schiff are leading the charge. The credibility of the Trump-Zellensky transcript must be subverted in order to give Democrats some cover for what amounts to a naked power-play.

Democrats are trying to shred the transcript by claiming an omission – which has no bearing on the context and meaning of the discussion. They want us to believe that this somehow implicates the president in wrongdoing.

The transcript knockdown is also a play on the Kavanaugh attacks during his confirmation. When Professor Blasey Ford’s uncorroborated – in fact, baseless – testimony wasn’t enough to sink Judge Kavanaugh, Democrats trotted out more “victims” who made wholly unsubstantiated claims. It was false testimonies – Ford’s as well.

Vindman is very likely the first in a series of “witnesses” who Democrats will surface to try to undercut the truth of the Trump-Zellensky conversation transcript.

Democrats know they’re losing the impeachment fight. Vindman is a desperation gambit. In the process, though, Democrats are making a travesty of due process and justice. They’re sewing the seeds of even greater divisions and conflicts in the society. What is eventually reaped won’t be kind to Democrats, the left, and their media handmaidens.