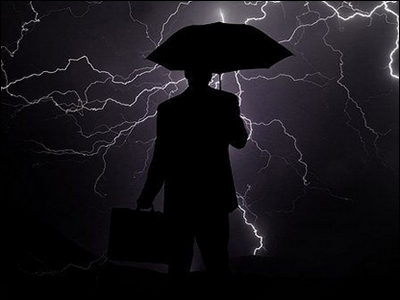 The Biden administration has enjoyed no honeymoon. The cabal that addled Joe Biden fronts really didn’t want one. Bridge-building, comity, and compromise are passé. What Ron Klain, Susan Rice, and a knot of plutocrats and “progressives” who pull Joe’s strings want are crises. Manufactured crises are just as good as the real deals. They’re opportunities not to be wasted.

Not wasted for what, you may ask? Not wasted for power and money. Democrats’ reflexive appeals to compassion and kumbaya are shabby, if serviceable, ploys. Flimflammers get it.

Putting it more decorously, crisis is a governance tool of Biden minions and Democrats generally. Multiple crises best excuse an armada of presidential executive orders — spearheads in the drive to radically refashion America. We need to reject this ginned-up crisis politics wholesale.

The Biden administration is now teeing up the climate crisis. Catastrophic climate cooling or heating (you pick) has been the rage since the early 70s. But dunderhead Americans — that’s most folk who aren’t affluent white progressives in upscale zips — won’t get with the associated End Times creed. Listen up to the guy living large off a ketchup fortune, Apostle John Kerry, who solemnly intoned the latest warning.

A scant nine years remain to save the planet, said Kerry. We can only thank our lucky stars that we had a reprieve this long from the ten years that Prophet Al Gore foresaw back in the early 2000s. Our earth is — honestly, cross our hearts — about to become Mercury — an uninhabitable inferno, a hellish micron in the Solar System’s hinterlands. All because of little old pigheaded us.

The Biden cabal has begun gearing up a herculean effort to stave off the earth’s demise. The Green New Deal or some such brew, which puts the “R” in radical, guarantees to quell the human-created climate debacle.

Deep-sixing the Keystone XL Pipeline was a modest down payment on planet saving. With the end looming, we must slam on civilization’s brakes.

If your gut tells you that the Green New Deal is actually destructive of our economy and society, your gut is right. The “Deal” is, well, a tad severe. It stinks of scaled-up cultishness. But with earth in the balance, just let go and believe.

The climate crisis isn’t alone. It has plenty of friends.

The COVID and race crises weren’t launched by Biden’s puppeteers — perhaps to their egotistical dismay. But pre-January 20, Democrats most ably stoked both.

The COVID crisis began last March. It was a gift from the treacherous Xi Jinping. The good money bet is that it originated in a Wuhan lab, but the wet market-bat soup tale was eagerly lapped up by America’s savvy journalists. A two-week national shutdown to render a sober assessment of the contagion was turned into open-ended state lockdowns.

President Trump was riding high and on his way to a smashing reelection victory in November. COVID muddied the waters for Trump, but — shh! — it took the election, err, “irregularities” noncrisis to send Trump packing to Mar-a-Lago. The United States Supreme Court, in its dignified silence, ratified the elections as a noncrisis. History, if honestly arrived at, will differ with the Court’s decorous cowardice quiet.

COVID was tailormade for fear-stoking. Blue state Democrat governors played on COVID fears with a heartlessness that only those who possess an unquenchable power lust have.

The bereaved families of the elderly, those who perished in nursing homes due to misbegotten polices and the obstinacy of blue state decisionmakers who forced COVID-infected oldsters into homes, won’t forget the tragic consequences. Many thousands of poor souls died needlessly and alone. Maleficence — or is it misfeasance — is the culprit. For Cuomo, and, possibly Whitmer, alleged coverups are felonies.

COVID, the Crisis, does seem to be running out of gas. Red state governors, led by Ron DeSantis (FL), Greg Abbott (TX), Christi Noem (SD), and Tate Reeves (MS), are on a counteroffensive. Businesses, large and small, in those fortunate jurisdictions are reopened or opening. Unemployed Americans in red states now have better shots at finding jobs. COVID vaccines are in wider distribution. Masks are being stripped away like winter clothing. Dr. Anthony Fauci and mask Torquemadas run at mandating facemasks wrapped in nylon to “stop the spread” are destined for public health scrapheaps.

Otherwise, the border crisis isn’t officially a crisis until Jen Psaki says so — and the wily Psaki refuses to say so. It’s all very wink, wink, which the lapdog media dutifully conforms to. If Biden’s handlers need a border crisis to change America into a Third World barrio, they’ll declare it. Right now, a noncrisis crisis fits. There’s art, not science, here, and Democrats are artistes.

The race crisis kicked into high gear with the death of George Floyd in Minneapolis late last spring.

BLM and Antifa, unofficial subsidiaries of the Democratic Party — or is it the other way around? — served as provocateurs, ensuring that blue Minneapolis, Portland, Seattle, D.C., and Atlanta were plunged into the noncrisis of peaceful protests, which involved looting, property destruction, cops injured, and people dying. Call it the “Veiled Threat” noncrisis. If BLM and Antifa could bring mayhem to blue cities, maybe your community was next? Vote Democrat — or else.

There’s the simmering QAnon/white supremacist/God-fearing/Flag-waving/2nd Amendment defenders/mom and apple pie insurrection crisis. An assault on D.C. is imminent, we’re assured. January 6 was just the warmup. March 4 was to be insurrection D-Day — but wait, maybe Democrats were off by a few weeks or months or whatever. Democrats remain on high alert.

Crisis governance is a push to birth an unfree country.

Anyone remember Cloward-Piven? Systemic overload causes failure. Crises overload is a variation, and seemingly designed to overextend the opposition’s resources, engender fear, and make heads spin, thereby, given the onslaught, cause impotence. A dispirited people, Democrats and the left must wager, are, finally, a submissive people.

Yet, Democrats seem primed to fail. As spring approaches, pushback is budding. Millions of Californians are rebelling against Gavin Newsom. Cuomo is on the ropes. As mentioned, lockdowns are being unlocked. Revulsion is rising against Biden’s border folly. Texas governor Glenn Abbott is taking a stand against the illegals’ tsunami about to hit his state. More Americans are starting to connect the dots between climate radicalism and threats to businesses and jobs.

Democrats, the crisis makers, may discover that they’re mired in a crisis of their own making.