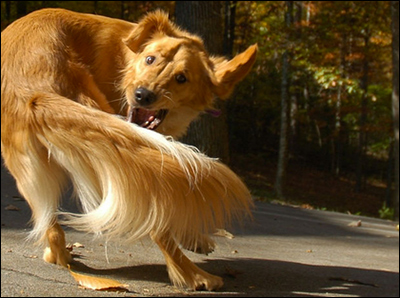 Conservative outlets are treating this like the story of the year, though. Got it. It’s clickbait for riled readers. But a surprise? Facebook’s decision was cooked up months ago.

I typically shy away from criticizing other conservative bloggers or outlets, but I have to mention the hyperbole posted at Conservative Brief, here quoted:

Access to Facebook is seen by many as crucial to Trump’s chances of victory if he decides to campaign for president in 2024.

Who are the many, and, darn it, if Donald Trump’s 2024 presidential election prospects hinge on his access to Facebook, maybe he should just pack it in? If Trump can’t raise oodles of money and find oodles of ways to reach voters, then maybe we should raise a white flag now?

Not. In fact, Trump is a master fundraiser, communicator, and, more critically, a master marketer. He doesn’t need Facebook or Twitter as means to make his case to persuadable voters. Can we please deep-six this nonsense?

We understandably despise Big Tech. Zuckerberg, Dorsey, and the other conceited, wealthy inbreds who run the tech monopolies are contemptible. They conspired with the Democrats and corporate media to wire the 2020 elections for that dotard, Joe Biden, and his Cruella de Vil, Kamala Harris. Their alliance with the Democrats and the left has a heavy anti-liberty stench that means they’re rotten.

But, at this point, why are so many of us outraged when Big Tech acts in character? Twitter, YouTube, and the aforementioned have been censoring and purging conservatives and patriots for a while now. They want any patriot who might acquire some profile, some reach, on their platforms suppressed or booted.

We’re not wanted, so why do many of us exhibit such a wounded reaction? Why act like nerds who slip into the cool kids’ party only to be kicked out by the very same cool kids? Why are we insisting that we belong on hostile platforms when we have perfectly solid social media outlets run by good conservatives and folk who really believe in free speech?

Check. We’re outraged that Facebook and Twitter, et al, can hide behind Section 230 protections from liability. They’re supposed to be public squares, not publications that decide what is and isn’t appropriate content (Right: we’re not talking about censoring those who want to scream fire in crowded theaters and hotheads prone to making threats).

Here’s a thought. Maybe it’s time to say to hell with Big Tech platforms and pour our energies into promoting and building the free speech alternatives on our side? Let’s spread the word to family, friends, neighbors, and like-minded colleagues: Gab, Parler, Rumble, MeWe, and the others are great, growing, and open to Americans who don’t care to self-edit their comments and observations for fear of being censored or cancelled.

Let’s be free speech warriors whose rallying cry is, “To hell with Big Tech!’