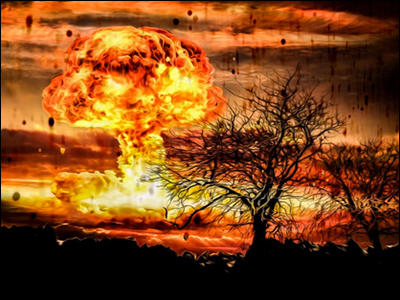 Here’s the line coming from the very big brains out of DC and Wall Street: Inflation worries are… inflated. The economy is rebounding – in fact, beginning to surge (thanks to former President Donald Trump’s economic recovery policies, but don’t expect the establishment to give him any props). Hence, with demand climbing, supply chains are being hard-pressed. Higher demand + crimped supply = higher costs. But, no worries, that’s only a short-term phenomenon. Once supply catches up to – or exceeds – demand, costs will level off and decline.

Or will they? In fact, they may not.

The inflation brewing isn’t just a result of demand chasing scarce supply. The Biden Administration is spending like college kids with mommy’s and daddy’s credit cards. In just three and a half months, Biden has already racked up $ 1.9 trillion in spending just on his economic recovery giveaway. His sham “infrastructure” proposal (you though infrastructure referred exclusively to roads, rails, and harbors, etc. – not!) is ticketed at an eyepopping $ 2 trillion but could spiral up.

How is – and will – all this binge spending be paid for?

Biden’s handlers are pushing tax hikes on the wealthy (those making over $400 grand and more) and corporations. You’re not making that sort of dough, you say? Well, don’t take comfort in that. The federal tax monster is a 24/7 hungry beast. You will end up paying higher taxes, regardless your income, directly or indirectly.

Think corporations are going to absorb the costs of increased taxes? Nope. Most have shareholders who demand healthy returns on their investments. Big business CEOs live or die by quarterly reports. Generally, profits must go up, up, and up! to please fickle boards of directors and investors. Increasing profits are a matter of job security for fabulously compensated business execs.

So, costs are passed on to consumers – you and me. That’s greater costs for food, fuel, clothing, shelter – you know, the inessential stuff. Price hikes due to higher corporate taxes constitute indirect taxes on consumers. After all, what does it really matter if you’re having to stroke bigger checks to the IRS, your state revenue department, and local governments or die a death of a thousand cuts through jacked up prices on products and services?

Inflation has another important component: money supply. The old saying goes that inflation is too many dollars chasing too few goods. If that still holds – and we’re about to find out it does – than markets flooded with Monopoly money end up with – yes, you guessed it – increased costs for available products and services.

A big catch is that a rise in costs isn’t typically – rarely, in fact – paced by increases in wages. So, Joe and Jane Consumer are having to pay more for bread, gas, and shoes from paychecks containing the same dollars they’ve been making. In part, inflation shrinks buying power because wages don’t keep up!

Anyone alive during the 1970s era of “stagflation” remembers well how then chronic inflation waylaid the economy, drove up unemployment, and kicked consumers hard in their wallets. The tail end of the 70s – the Jimmy Carter years – were the worst of it.

The Federal Reserve has been cranking out virtual dollars like there’s no tomorrow. Pump priming – as it was once called – to keep goosing the economy to avoid a Covid shutdown induced recession. The Fed won’t stop printing money, either. Biden administration spending must be paid for, and fiat money is a – short term – way of doing so.

There’s a conceit today (among many) that federal spending needn’t be tied to revenues. You know, that old fashion common sense that spending should be tethered to real money – that’s money earned and in hand. Forget that.

Here’s the fashion nowadays. From Investopedia:

Modern Monetary Theory (MMT) is a heterodox macroeconomic framework that says monetarily sovereign countries like the U.S., U.K., Japan, and Canada, which spend, tax, and borrow in a fiat currency they fully control, are not operationally constrained by revenues when it comes to federal government spending.

Put simply, such governments do not rely on taxes or borrowing for spending since they can print as much as they need and are the monopoly issuers of the currency. Since their budgets aren’t like a regular household’s, their policies should not be shaped by fears of rising national debt. [italics added]

Put more simply than Investopedia, this is sheer lunacy. Too many inbred economists and their acolytes are spending too much time in classrooms and faculty lounges cooking up this nonsense. It’s fantasy land stuff. But remember this: Reality can’t be tricked for very long. And reality is a cruel master.

So, hunker down financially. The inflation bombs have begun to fall. How much damage they do remains to be seen. But a lot is very possible.