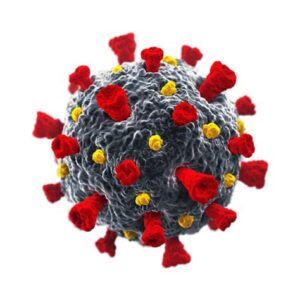 The country’s response to the Coronavirus is the most damaging self-imposed event in our history. We have accepted the capricious and arbitrary taking of our rights with stunning passivity. I used to think Americans would in large numbers rise up and put a stop to massive efforts to eliminate freedoms. I thought it could never stand. Unfortunately, it seems I was wrong.

I hope the pendulum eventually swings back toward freedom. But I wouldn’t count on it.
Look at a few examples.

Yet when huge groups got together in 2020, almost entirely composed of BLM, ANTIFA, and other anti-American groups (and, yes, BLM is pro-communist and anti-American), groups of doctors collaborated on an opinion piece that said it was all right. “No problem” as long as your politics are the same as theirs.

Obama had hundreds of people to his estate to celebrate his 60th birthday, with no social distancing, not many masks, and Martha’s Vineyard saw a spike in cases shortly thereafter. The Dem leadership and mainstream media do excused it, even saying it was a “sophisticated” crowd. What? It is fine and dandy to act against their rules if you are “sophisticated?” Lovely. And who gets to decide who is sophisticated? Why, all those people who think they are sophisticated, of course.

I read the pretend Vegas newspaper, the Sun, precisely because I like to keep up on the arguments of my political opponents. Their actions and statements are entirely predictable and grow less substantive by the day. Their position on vaccines makes light of the very legitimate questions of freedom by simply downplaying them and criticizing those who are concerned. They don’t make factual arguments. They just say, essentially, “Shut up, do what you’re told, and quit whining.”

That is what passes for leftist dialogue today. Never mind that it may be provably false, a violation of our rights, or completely unsupported by science.

The left makes the case that anyone who lives in a conservative state and does not want to get vaccinated is a mind-numbed robot who hates the idea because Trump hates it. There are about a zillion (actual count) problems with that narrative, of course, and it is useful only as an example of the “holier than thou” condescension that seems to be a requirement for being a leftist.

Is it unsurprising that people in more conservative states supported Trump in large numbers, or that they tended to be, themselves, conservatives who object to being told what to do. OF COURSE such people are a bit more resistant to vaccines. And they used to, when we were still a free nation, have that right.

But the leftist machinery looks past the obvious explanations and rushes to blame Trump himself for anti-vaccine feelings. Even though Trump developed the vaccine, started distributing it, and has promoted it from day one.

Here, Charles Blow, an NYT columnist, makes an effort to set a record for untrue statements in a single opinion piece. If a contest for least intelligent columnist in American were to be held, it is possible Blow would be the favorite. It is hard to imagine how someone that clueless got a job in the media (that didn’t involve mopping floors), much less at a big paper. Blow blames Trump and his followers, conservative media, and the GOP in general for low vaccination rates. (You’d think a guy with such a good job would throw a thousand bucks to an attorney to change his last name.)

In my home state, Indiana, Dr. Stock (an actual physician) testified that NIH-funded studies do not show masks are effective in fighting respiratory diseases like Covid. He provided the studies that showed this. Then Youtube banned the video. Why? They don’t even pretend the doctor’s comments are inaccurate. They just said it violated their community standards. They banned it because it did not support their propaganda. Their position is that we should not seek balanced information on Covid, not ask questions, not offer alternatives, and just shut the f**k up and do what we are told.

Are you convinced we are in a new era of censorship yet? If not, what will it take?

Paul Krugman posits that those who haven’t been vaccinated are zombies following the orders of conservative whackos. Make sense? The two groups with the lowest percentage of vaccinated adults are blacks and Hispanics. Krugman blames far-right conspiracy theories and lies for the low vaccination rates among these two minority groups? In what universe does that make sense?

Finally, of course, realize we would not have a vaccine today, at all, if not for Trump. From the start, he pushed for a vaccine, streamlined the approval process, made funding and other support available, and set the foundation that allowed the vaccine to be developed in record time. Biden, Harris, Pelosi, and the entire Dem structure said it couldn’t happen. It did, because of Trump. And Trump has encouraged people to get the vaccine all along.

Those who criticize conservatives like to say they thought the party supported responsible actions by private individuals. Well, we do. The left/anti-Trumpers/media (but I repeat myself) claim not to see the difference between supporting those who choose to act responsibly and forcing them to. In a free nation, people can and do carry contagious diseases around through normal regular activity. No one is forced to prove they don’t have hepatitis, AIDs, the flu, TB, or dozens of other dangerous diseases.

With Covid, the big-government, anti-freedom crowd is setting a new precedent, and it puts obeisance and servitude ahead of freedom. It is wrong, dangerous, and unprecedented.

Oh, and I got the vaccine. I’d encourage others to. But I believe it is more important for people to be able to make health decisions for themselves than to shut up and fall in line.