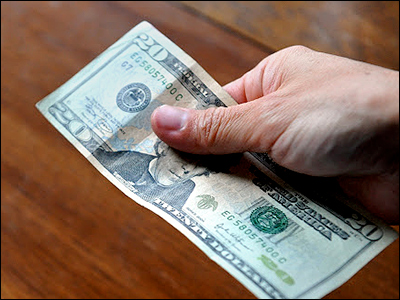 It has been said, in these pages and elsewhere, that conservatives win arguments by telling the truth, while liberals win by concealing it.

No one claiming to have a monopoly on veracity should be taken seriously. Most folks, from all political stripes, lie easily and often. As we used to say about Bubba Clinton, “If his lips are moving, he is lying.”

This includes you, me, and the guy driving the Prius in front of me on I-15. You know it. No one would want all their sins, actions, and prevarications spread out across the evening news. In fact, frankly, if you wouldn’t mind everything you’ve ever done being on the evening news, you probably ought to get out more.

But that isn’t the same thing as saying all politicians/elected officials are equally despicable. It matters what information is concealed, what lies are told, on what issues, and for what purpose.

The leadership of today’s GOP is a bit divided on whether they want Donald Trump to run again, how to win back the House or Senate, how much to give in to the other party, and which conservative principles they actually support.

The leadership of the Democrats is, by comparison, remarkably disciplined. While many in the GOP spent the last four years trying to keep Trump at arm’s length, no one of note in Democratic leadership has even given lip service to questioning Biden.

The Dems are unified in supporting whatever agenda is promoted by whoever it is that is really running the country. It clearly isn’t Biden, who has trouble answering questions without reading verbatim from a briefing book. Nor does it appear to be Harris, whose reflexive response to difficult questions is to cackle like a hyena on meth.

No, the “deep state,” if you will excuse the expression, is happily in charge. People no one voted for, and whose names most people wouldn’t recognize, are making the decisions. Biden occasionally emerges long enough to sign a couple of items or read off a teleprompter.

More on all that later. But the dynamic at play here is more meaningful and will have a greater impact on your life and those of your children, than you can imagine.

The Democratic leadership is playing for keeps. Nearly everything they do is designed to make it easier for them to stay in power. The GOP isn’t exactly a bunch of saints, either. But they had two years where they controlled both houses of Congress as well as the White House. How many bills did they pass designed to solidify their control? Exactly zero. The Dems, meanwhile, make retaining power their sine qua non. It is the essence of their existence.

We have said before that most Democrats/liberals/socialists are never held accountable for changing their positions, covering up scandals, or outright lying. It is indisputable, and if you don’t recognize it you need to pay closer attention.

The key lie being told today is about the abomination that is HR-1. It has been called the Corrupt Politicians Act because it would reduce free speech, empower incumbents, and make it far easier to manipulate elections and corruptly win them. In phrasing that would make Pol Pot, Mao, or Lenin proud, it is called the For the People Act.

If that bill is “for the people,” then Colonel Sanders acted in the best interests of chickens, Bill Clinton’s sexual assaults were good for women, and Harvey Weinstein is a feminist.

HR-1 is the Democratic Party’s wish list, their dream come true of American politics. If enacted, the provisions of HR-1 would make it unlikely that America would ever again have an honest, secure election where only citizens voted, no fraud occurred, and everyone could have confidence in the results.

A few years ago, I recall a group that called itself “Friends of the Dolphins.” It was a political action group that supported the commercial fishing industry and their use of the kind of nets in which porpoises are routinely caught and drown. That is precisely the kind of intentional misdirection required to think of this bill as being even remotely in the best interests of the people.

HR-1 would put the federal government in charge of elections. It would open the door to millions of non-citizens voting. It would essentially eliminate the need for voter registration and accurate voting rolls. It would make it almost impossible to successfully challenge any aspects of the law. And it would prohibit state actions to verify the identities of voters.

Got that? It would be illegal to ask for voter ID.

Democrats claim even asking for ID is racist. As is often the case, though, they are out of step. Democratic leaders in Congress care more about building their power than in doing what they American people want. Most Americans, of all political parties, support voter ID. As Al Gore – the donor in a successful personality transplant – might say, that is an inconvenient truth.

Public surveys, such as the one from Rasmussen, here, show that overwhelming majorities of the American people – including 77% of non-whites – favor requiring identification to vote.

In the next few days, we will be looking at the provisions of HR-1 in detail. We will also look at some of the state laws and proposals that are under consideration to strengthen election security and ensure an honest vote.

In the meantime, the battle lines have been drawn. Considering the threats posed by HR-1,
if you do not become concerned, active, and aggressive in fighting for freedom and secure elections, you may never get a chance to do so in the future.