There is a constant battle to protect freedom from intrusions by our own government. Restrictions on our freedom, including direct violations of the bill of Rights, are often supported by individual citizens, the media, and various political cohorts.

The most notable of these is the Democratic Party. Not to suggest the Republican Party is a walk in the park. It is just the better of the two alternatives, as regards freedom. The Democratic Party is the only major national political organization whose agenda is nearly entirely devoted to reducing freedom, giving more wealth and more power to government, and taking it from the private sector. That is, almost without exception, what Democratic proposals do. They are also the only active political party that endorsed, defended, and fought to preserve slavery, BTW.

The Covid pandemic is the defining event in America’s history of constant, if gradual, erosion of our freedom.

First, this: America is less free than it was several decades ago. That is simply not arguable. If you do not understand that you need to spend some more time looking at the issue. Erosions of our freedom, large and small, are today overwhelming. More on this another time.

Erosions of freedom usually come in one of two forms. Acts are allegedly taken for our own good or to somehow reverse past wrongs. How often have you heard “It’s for your own good,” or, “We have to redress past injustices,” and “It is selfish, even unpatriotic, to put your own freedom ahead of the good of society?”

These supposed justifications use guilt and societal pressure to try to get you to accept something that your own conscience, morals, and values find repugnant. You care about your freedom? You’re selfish. Don’t support government forcing you to get an injection? You’re a right wing crazy. You think that you and your doctor may be in a better position to determine what medicines you should take? Nonsense. Big brother knows better.

Essential to the successful battle for freedom in America is the recognition that, in this county, rights are the province of individuals, not groups. Absolutely every program the Democrats/leftists/socialists support flies in the face of that most fundamental American concept. It is therefore unsurprising they always get it wrong. 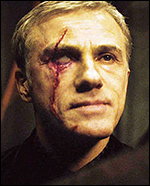 On a related note, Anthony Fauci recently opened a door to his soul, which is startlingly dark, authoritarian, anti-American, and reveals complete ignorance about our Constitution, traditions, rights, and values. Fauci has morphed into Dr. Evil. Put a white cat on his lap and he is a doppelganger for Ernst Stavro Blofeld — the fictional character and villain from the James Bond series of novels and films.

Dr. Anthony “Evil” Fauci recently made a statement, a video of which can be seen here. He says there is a “misplaced perception about people’s individual rights to make a decision that supersedes the societal safety.” His perceptions are the ones that are misplaced.

America’s foundational documents make it clear that rights come naturally, from God, not from government; that they adhere to the individual, not groups; and that our government was formed to secure those rights. Nowhere in these documents will you find that government was created to address past wrongs, make us healthier, keep us safe, cure former injustices, or to make one racial group equal or superior to another.

“Promote the general welfare” is one phrase you will find, and that is just great. But there are tons of ways to do so without infringing on our rights. If you choose between “welfare,” however it is defined, and “rights,” “rights” wins. It is a dedication to securing those rights that was the single greatest impetus for our founding. Any public servant who does not understand that – doctor, bureaucrat, hog, dog, or frog – does not deserve to be in a position of power or authority. Fauci is a disgrace, a liar, should resign, and potentially be prosecuted.