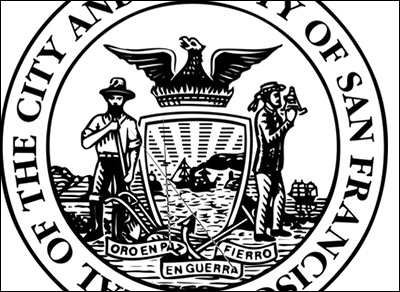 National Democrats in Congress and on the presidential campaign field have dodged questions of whether they agree with the San Francisco Board of Supervisors’ decision to declare the National Rifle Association (NRA) a “domestic terrorist organization.”

“Sticks and stones may break my bones but names will never hurt me.”

But what about inflammatory labels? Like the San Francisco Board of Supervisors branding the National Rifle Association a “domestic terrorist organization?” Could slurring an organization consisting of five million law-abiding citizens from all walks of life lead to violence against them?

Don’t words really have consequences – when an elected board makes a pronouncement as grave as stamping a legit organization as terrorist? When the nation is sorely divided between left and right? When there are leftist hotheads looking for excuses and cover to strike out violently?

Shrug it off? The supervisors were just virtue-signaling. A local board isn’t Uncle Sam. They haven’t the power of federal law to enforce their resolution. Okay, so the supervisors want to ace-out city vendors who have ties to the NRA. Economic pressure. But they aren’t looking to cue Antifa thugs or others on the left to commit acts of violence against NRA members.

But San Francisco supervisors know better. There are unintended consequences. The potential for incitement to violence is real.

We’ve witnessed numerous insinuations or outright calls for violence against the president by leftists. Who can forget Kathy Griffin’s severed head stunt? How about Snoop Dogg’s Trump mock assassination video?

Then there’s real violence. How about Antifa street hoods beating the snot out of Trump supporters outside the president’s rallies in 2016? There’s been violence against Republicans. Ask Steve Scalise.

The left is the driving force in today’s Democratic Party. They’ve relentlessly stoked division and conflict in their power quest. How many Democrat pols have denounced the supervisors’ resolution? Queries by Breitbart to prominent Democrats have gone unanswered (follow the link above).

Heaven forbid any violence happens against NRA members in the aftermath of the supervisors’ resolution. They would need to be held to strict account for incitement.

But in today’s fractious and tense America, there could well be harm. Are we prepared to call a foul if violence results?

The San Francisco Board of Supervisors should rescind their resolution – with an apology. Five million decent Americans deserve the respect.