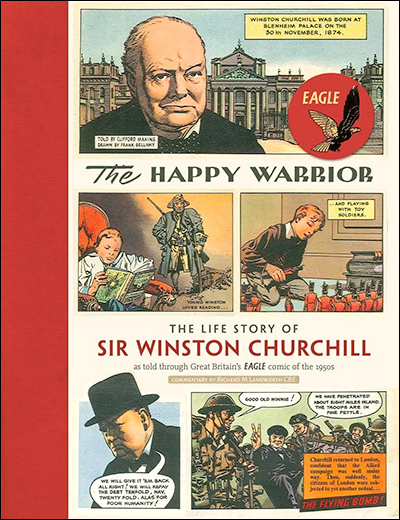 In previous political seasons, successful politicians were known for their optimism. Hubert Humphrey was referred to as the “Happy warrior,” as was Sir Winston Churchill. Churchill was optimistic in the face of some of the greatest challenges any nation has ever faced.

Humphrey was upbeat, pleasant, and confident. I saw him speak many years ago, and he seemed like someone with whom I would enjoy having lunch. He knew that people are attracted to those who are joyous, fun, and happy.

Ronald Reagan reflected on the good that is intrinsic in people, especially Americans. He was cognizant of the need to make changes, but it did not define him. There was nothing depressing about Reagan. He was unashamedly proud of our country.

Fast-forwarding, we see some two dozen Democratic candidates for president who are more depressing than reruns of the View or the Jets 2018 season. They devote little effort to saying anything positive or promoting what’s good about our nation. If you had a dollar for every time the Democratic candidates sounded proud of America, you wouldn’t have enough for lunch at White Castle.

They’re the progeny of Barack Obama. Criticizing our country was the reason he got up in the morning. One of his first initiatives on taking office was to visit the Middle East – not bothering to visit Israel, which is our best ally in the region, the only functioning Democracy, and the only nation that broadly supports equal rights – and spoke eloquently on the deficiencies of America. The highlight of his foreign policy was this: America sucks, I apologize, and I’m going to put us in our place.

President Trump, of course, has taken the opposite tack. Make America Great Again is his slogan, and it isn’t hard to understand. He puts America first, and believes that his highest obligation is to the people of this country. And Democrats oppose it. Think about that. People see Trump, every day, defending America, reveling in our successes, and pledging to make us greater, and people see Democrats opposing him at every turn. Is it really a smart strategy to oppose making America great again?

There are more examples than we have time for but consider a recent comment from Beto (I hope you think I’m Hispanic) O’Rourke. He said, “This country, though we would like to think otherwise, was founded on racism, has persisted through racism, and is racist today.” Founded on racism? If you said racism is a problem, virtually no one would disagree with it. But when you say it is our foundation you go a couple of bridges too far.

Beto didn’t bother to mention that millions of Americans fought in our bloodiest war in order to preserve the union, eliminate slavery, and give the blessings of liberty to all Americans, regardless of race. Nor does he see, apparently, that we have made any progress since. He thinks he has the best chances of winning if people think we’re hopelessly racist, and he has no problem trashing his countrymen.

Saying our country is great, or that it can be again, is not the same thing as saying it was ever perfect. A good bet would be that you are not perfect. Nor is your job, your children, your house, or your husband or wife. But if you spend your time talking about all the flaws of your wife, my bet is you won’t have a very enjoyable evening. Or if you constantly criticize the company for which you work, I wouldn’t hold my breath for a promotion. Is it smart to turn our backs on the key people or institutions in our lives, simply because they’re not perfect? Or is it better to embrace them and do what we can to improve things as we move along?

Obama’s first Attorney General, Eric Holder, addressed the commitment to Make America Great Again with the notion that “America was never that great.” Really? What country is greater, Mr. Holder? Does calling our nation “great” imply that it has to be “perfect?” Do you have a great marriage, job, or family, or are none of them “great” because none of them is “perfect?”

The next generation of candidates is going even farther than he did. Their speeches are chock full of bad things about America. One wants to ask “If we’re so horrible, why do you want to be president of this dump?” They advocate a complete restructuring of the U. S. economy in the name of climate change, open borders, free college for illegals, and elimination of private health insurance, just to give four examples.

It is not news to anyone that there are partisan differences in the way we view the world. On issue after issue, Democrats tend to be more enamored of change for its own sake, while Republicans are more devoted to fundamental governmental principles. Republicans are more likely to say they are extremely proud to be Americans, and Democrats see more wrong with our country than do Republicans.

How all this may play out at the polls is anyone’s guess. To date, Democrats seem to think they can win by saying they hate Trump and want to give us a bunch of free stuff. Can that be a winning strategy? Maybe. Sadly.

I don’t think most of President Trump’s supporters ignore his flaws. But they know that everyone else is flawed as well. I also don’t believe for a minute that most of his supporters are racist. We do recognize, however, that politics offers binary choices. We will ask the same question in 2020 that we did in 2016: who will be better for the country over the next four years? Donald Trump, who has presided over a booming economy while reducing taxes and regulations? Or, one of the Democrats, each of whom favors more government, higher taxes, and less economic freedom? It’s not a difficult choice to make.