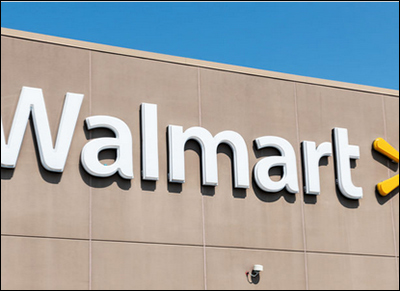 Walmart CEO Doug McMillon has thrown in with the nation’s anti 2nd Amendment crowd. Yep, guns kill. The people behind the guns – well, whatever. Not withstanding disclaimers by Walmart, its founder, the late Sam Walton, is spinning in his grave.

Walmart’s action to trim gun and ammo sales is a finger-in-the-wind approach to dealing with a deeper, more troubling problem. Why does modern society produce deranged or evil young men who want to mass kill? Guns have always been plentiful in the U.S. But prior to the mid-1960s, mass shootings were practically nonexistent.

Walmart isn’t going for a complete ban on gun and ammo sales – for now. But the writing appears to be on the… Walmart.

“As we’ve seen before, these horrific events occur and then the spotlight fades,” Walmart’s chief executive, Doug McMillon, said in the statement. “We should not allow that to happen. Congress and the administration should act.”

Gun bans are sheer Utopian fantasy. The best estimates are that there are nearly 400 million guns in the U.S. There’s no way any government – even the most tyrannical – could remove all those firearms in a continent-wide nation. Not to mention the black market in firearms. Walmart ending semiautomatic rifle sales (deliberately misidentified as “assault weapons”) is spitting in the ocean.

If the U.S. can be flooded with illegal drugs, gun bans – or stifling restrictions – will only expand the black market for firearms. Demand and money go hand-in-hand.

The real causes of gun violence in the U.S. are the breakdowns of families, neighborhoods, and communities. Faith has been eschewed in favor of hedonism rationalized as self-fulfillment. Anomie and alienation permit a handful of really angry young men to go rogue. But societal sickness and breakdown are tougher problems to solve. It’s much easier to virtue-signal.

Who’s naïve enough to believe that mass killings would end if guns were gone? Has it occurred to McMillon that there are other ways to mass kill? Anyone remember the very evil Timothy McVeigh? Bad guys don’t need to build McVeigh truck-sized bombs to mass kill.

We should all be disappointed with Walmart. McMillon is acting to pacify critics rather than stand up for 2nd Amendment rights. Instead, he should be pushing for meaningful efforts to address underlying societal pathologies.

What McMillon needs to appreciate is that wolves are never satisfied. They always come back for more.