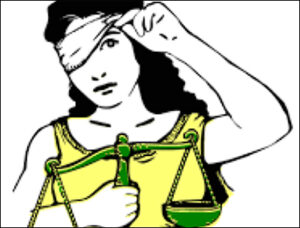 What does justice have to do with this?

If you think that moral outrage is the reason Democrats are pushing to oust Andrew Cuomo as New York governor, think again. Right. Sexual harassment is bad. Cuomo should be held strictly accountable if the allegations are substantiated.

But if Democrats were truly serious about sexual harassment charges against Cuomo, then they should have been excised by the sexual assault allegation lodged by Tara Reade, the one-time aide to Senator Joe Biden. Reade’s allegation is detailed and graphic.

Yet, Reade has been blown off by the Democrat establishment and corporate media. If sexual harassment or assault matter to Democrats – and if the woman is supposed to be believed, per the left’s trope – then why is Joe Biden in the White House?
[DISPLAY_ULTIMATE_SOCIAL_ICONS]

Then there’s the explanation that while Democrats may not be genuinely fussed about Cuomo’s randy behavior, public perceptions have gone negative on him, so now he’s a liability. As we’ve seen since Donald Trump announced his candidacy in 2015, politics “trump” ethics for most Democrats. Democrats are all about the power, and they’re more than willing to waylay opponents and dump their own, if they’ve become big enough liabilities. Cuomo, goes the argument, is now dumpable.

That last argument is more plausible, but New York is a deep blue state, thanks to years of outmigration by centrist and conservative New Yorkers. Democrats could have found ways to downplay or outright squelch even numerous allegations of impropriety against Cuomo.

No, there’s something more here, and the explanations aren’t that complicated.

Cuomo is in his third term as governor. Ambitious Empire State Democrats don’t want him elected to a fourth term. They don’t want to bide their time until 2026 to have their own shots at the state’s top job. New York State’s attorney general Letitia James has said before that she hankers to be governor. The raft of sexual harassment allegations against Cuomo are openings that James couldn’t resist. Hence, her announcement that she wants Cuomo to resign.

James gains in two ways: she postures as a defender of women and gets a chance to remove an obstacle to her becoming governor sooner rather than later.

The other explanation is that national Democrats wanted to knock Cuomo out of contention for the presidency in 2024. Just last year, Cuomo was being celebrated as the best governor in America, lauded for his handling of the COVID crisis in his state. Never mind that Cuomo’s petty tyranny did years of damage to New York’s economy and, worse, thousands of elderly died when infected elderly were pushed into nursing homes. Coldly ambitious Democrats saw their opportunity to dash a rival.

Should Cuomo be forced to resign or be removed from his office? You bet. But that should have happened earlier this year. Sexual harassment is bad, but killing thousands of innocent elderly through gross maleficence is by far the worse sin.