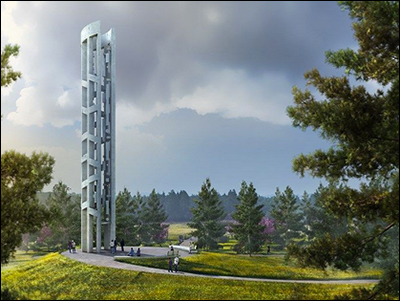 “They made the decision we didn’t have to make.”

Those are the words of Lt. Col. Marc Sasseville, as recalled 18 years later in a new account of the Sept. 11, 2001 attacks from the perspective of decision-makers in Washington, survivors, military service members and the families of those aboard United Flight 93, which was hijacked before passengers fought back and brought the plane down.

9/11 happened 18 years ago today. That’s not quite a generation, but differences in perspectives have grown. The MSM – left-wing oriented – sees today’s anniversary very differently from outlets with conservative bents. The differences speak volumes about today’s divided society as much as they do about the news media.

Typifying the MSM’s take of that calamitous day, the New York Times. It doesn’t even feature the anniversary of 9/11 on the early morning edition of its online front-page. Odd, given that NYC’s World Trade Towers were the focus of Osama bin Laden’s dastardly attack.

The Times does run a couple of stories, but they’re telling. Both deal with people still grappling with trauma. An opinion piece by an Omer Aziz laments the stigmatization she claims she suffered as an American Muslim in 9/11’s aftermath. It’s a grievance piece. The other is the account of Kayla Bergeron. We learn she fled the 68th floor of the World Trade Center’s North Tower, only to suffer lasting Post-traumatic Stress Disorder (PTSD).

Typifying the conservative worldview, Fox News. Fox does feature 9/11 at its website. It leads with the heroic story of Flight 93. Flight 93 was the third hijacked commercial jetliner. It was believed that the hijackers intended to fly that plane into the White House. The efforts of passengers under great duress ensured that the plane never reached its target. Those passengers died as heroes. A national memorial near Shanksville, Pennsylvania is an enduring tribute to their courage.

9/11 produced a lot of lasting heartache and trauma. But so did Pearl Harbor. Both events produced a long list of stories of valor and heroism. We mustn’t forget those stories. They elevate us as a people and strengthen our resolve to battle evil.

In the aftermath of December 7, Americans focused on the heroics. Franklin Roosevelt and citizens across the republic resolved to deal total defeat to the Japanese, who inflicted wanton destruction and death on U.S. forces at Hawaii.

Remember the victims – always. Sympathize with those who experienced the 9/11 attacks firsthand, of course. Comfort those many who lost family and friends that terrible day – without hesitation. But for the left-wing news media, since 9/11, remembrances have been a series of laments, accounts of traumas, hand-wringing, and dirges.

18 years later, what’s our national model? Phoenix emerging from the ashes of crisis and disaster or a nation in need of open-ended therapy?