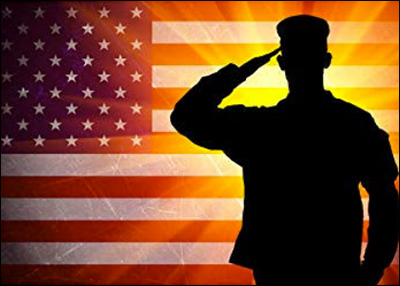 American society has harbored a curious contradiction in modern times. You can join the military at 18 and risk your life in overseas conflicts, but you can’t buy a beer. Now a bipartisan group in Congress intends to make the legal age to use tobacco 21. It’s all about health, say advocates. So is being fired on by a Taliban irregular. Well, not just a soldier’s health is at risk, but his or her very life.

From generation to generation, societies have contradictions. Maybe in modern America, where adolescence extends well into someone’s twenties, drawing legal lines – higher age restrictions – to use alcohol and tobacco make sense. Heaven knows, pot, too. But when someone joins the military before age 21, he or she assumes deadly serious adult responsibilities. Why on earth would the law treat a warrior like a child?

This from a group called the National Youth Rights Association. The group is stumping for legal alcohol consumption at 18. The association’s points apply to tobacco as well. As follows:

At 18, you can join the military, get married and raise a family, purchase a firearm, and serve on a jury—all of which require a significant amount of risk or responsibility. Strangely, though, alcohol is held to a different standard. Drinking alcohol is a serious activity, not to be engaged in without thought, but requiring a higher age to drink legally than activities that are either more dangerous or have a bigger impact on other people’s lives doesn’t make any sense.

Having sex requires far more physical and emotional maturity than drinking alcohol. Although the risks of sex do not primarily lie in the deaths it causes, sex does kill 36,000 people a year through STDs (and another 400 through pregnancy complications).

You don’t have to agree with every point the NYRA makes to get the gist of its argument. If 18-year-olds can assume some weighty adult responsibilities, why are they being denied adult privileges?

Ralph Waldo Emerson wrote, “A foolish consistency is the hobgoblin of little minds, adored by little statesmen and philosophers and divines.”

But there are consistencies that aren’t foolish. They’re sensible and practical. And fair.

In states across the land, the sensible consistency is to raise the age of adulthood to 21. All youth who reach it are granted full status as adults. That would include military service eligibility, too. Or lower the age of full adulthood to 18. Or if you insist, 19.

But if you intend on maintaining the patchwork systems in states – treating those under 21 as adults in some ways and minors in others – carve out exceptions for young Americans 18 to 21 who join our nation’s armed forces. When you’re willing to serve your country – go in harm’s way, risking life and limb – you deserve the respect of being treated as the man or woman you are.