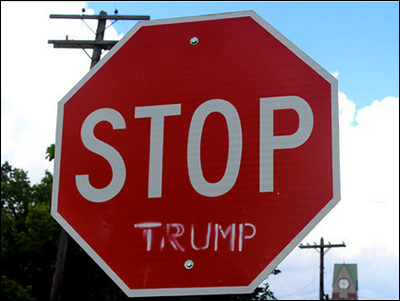 How effective it is being in terms of both deterring migrants and stopping crossings is tough to calculate. One thing that is clear is that the erection of the barrier is coinciding with a sharp decline in apprehensions, although correlation does not necessarily equate to causation. In August, there were 3,326 apprehensions in the San Diego sector, down from 6,880 in March and 5,884 in May.

That reflects a border-wide trend that has seen apprehensions along the border as a whole drop almost 65 percent since May, as part of a multi-faceted strategy from the administration that has included not only barrier construction, but also agreements such as the Migrant Protection Protocols (MPP) — by which tens of thousands of migrants have been returned to Mexico while they await their immigration hearings.

President Trump never claimed that a wall along the southern border was solely the answer. Stopping illegals from entering the U.S. takes more. The reduction of illegals entering near San Diego is proof. Don’t expect the mainstream media to give another Trump success any coverage.

The president’s approach to staunching the flow of illegals is multifaceted. In San Diego, giving the U.S. Border Patrol the resources and go-ahead to nab and detain illegals is a potent one-two punch. Sending them home is punch three.

The wall and beefed border patrol action are deterrents, too. You can bet word has spread among Mexicans and Central Americans: Entering the U.S. is damn tough now. Potential illegals must say: “Trump built his wall. No more catch and release. Is it even worth trying?”

Simple common sense says that the greater the deterrents, the less likely attempts to come to the U.S. illegally by Central Americans. Why travel hundreds of miles only to be caught and sent home?

This from a June 2019 Pew Research Center report:

Little known is that the Mexicans are against illegals entering their country. Mexico’s President Andrés Manuel López Obrador is cooperating with Trump to stem the flow – much to the disgust of Washington Post opinion writer, Leon Krauze.

The poll also probes Mexican attitudes toward immigration. Although other surveys have recently hinted at Mexican prejudice, The Post poll’s results are shocking: Fifty-one percent agree to the use of the National Guard, a new branch of Mexico’s armed forces, “to combat the migration of undocumented Central Americans in Mexico,” the equivalent of a majority of Americans supporting a hypothetical deployment of the Army to persecute undocumented immigrants inside the United States.

Fifty-five percent of Mexicans support deporting potential Central American refugees rather than given them temporary residency in the country. (In a recent poll, only 15 percent of Americans said it should be a priority to deport immigrants in the United States illegally.) It gets worse — 64 percent of those polled said immigrants “are a burden” on Mexico “because they take jobs and receive benefits that should belong to Mexicans.” Again, the contrast with U.S. public opinion is striking: only 37 percent of Americans see immigration as detrimental to the country’s economy. [Italics added]

Read between the lines of Krauze’s complaint. If illegals can’t enter the U.S., Mexicans don’t want them hanging around in Mexico. Transiting Mexico to enter the U.S. is one thing. Illegals staying there is quite another.

The takeaway is this: Trump’s dogged pursuit of tougher border measures is beginning to show noteworthy results. There’s more to come.

Democrats wanting to destroy Trump isn’t just about bad blood from the 2016 presidential elections. One big reason Democrats aim to impeach Trump is that the president is choking off the illegals pipeline. Democrats count on a strong flow of illegals to bolster their constituencies and garner votes. The president is damaging the Democrats’ base support.

Four more years of Donald Trump is critical. Building out the nation’s southern border defenses against the invasion of illegals – along with other critical immigration-control measures – practically ends the import of Democrats’ base.

Politics matters less than other practical considerations? No. Without winning the politics, the Democrats will gain frightening dominance of the federal government. If you appreciate what Democrats have done with California government to ruin a once magnificent state, you’ll understand why Trump’s success on the border matters greatly to the nation’s general welfare.