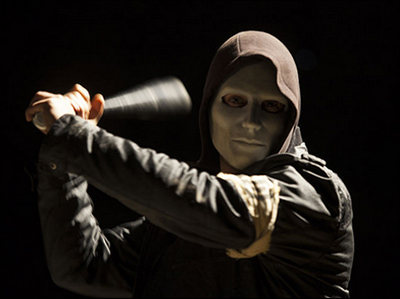 President Trump is well within his rights. There is no impeachment inquiry. There’s a farce dressed up as an inquiry. If Democrats keep this up, national divisions and conflicts will worsen.

Speaker Pelosi is deliberately avoiding an impeachment vote to launch a formal inquiry as is required in the U.S. House. She’s running a kangaroo court instead – through Adam Schiff’s Intelligence Committee. A lot is happening secretly among Democrats. It reeks of conspiracy.

Pelosi means to protect 31 “centrist” Democrats. If they voted for a formal inquiry, they’d catch holy hell from independent and Republican voters in their districts. That’s not good for their reelection prospects in 2020.

House Democrats have no evidence – none, nada – to base a formal inquiry. Hence, the underhandedness. The president’s conversation with Ukraine President Zelensky – fully disclosed – clears the president, period. Read the transcript for yourself.

Comes this revelation last night from “Hannity” on Fox News:

Solomon said Tuesday on “Hannity” that the U.S. government knew Ukraine was planning to look again into activities at Burisma Holdings, an energy company that employed then-Vice President Joe Biden’s son as a member of its board of directors, early this year. The report is noteworthy because President Trump has been accused by Democrats of threatening in July to withhold foreign aid to Ukraine unless its new president pursued an investigation into the company and the younger Biden’s role there.

This new evidence of a Ukrainian investigation into Hunter Biden’s shady dealings there prior to the Trump-Zelensky discussion thoroughly undercuts the Democrats main – if phony – contention. The president wasn’t trying to strong-arm Zelensky into investigating Biden. Trump wasn’t using U.S. aid as leverage to make that happen.

The facts in this matter are simple and obvious. Democrats need to click their heels three times, saying, “Our Soviet-style prosecution is failing. We need out!”

Maybe a Dorothy moment will shake them free from their delusions and cynicism and return them to the Land of Truth. But doubtful. They have a power lust that’s driving them right to hell’s gates. They hunger for a soft coup.

This subterfuge – the second go; Russia was the first – to subvert law and falsely accuse an innocent man of wrongdoing shouldn’t just disturb us. It should cause us to wonder about the nation’s future. This is all very ugly precedent, resembling increasingly the travesties of justice in places like China – yes, Russia – and a laundry list of Third World authoritarian regimes.

“A republic, if you can keep it,” Franklin is reported to have said. If Democrats continue to make a mockery of justice, if they persist in their efforts to discard the 2016 presidential election results and insist on ruining a blameless president, they may do more than scuttle republican government. They may irreparably damage the nation.