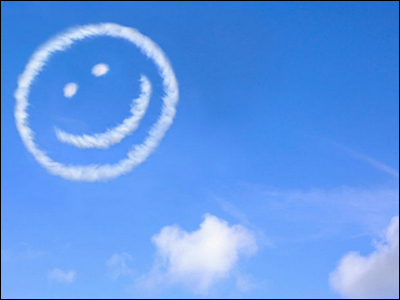 Several lifetimes ago, I was privileged to work at the Republican National Committee during President Reagan’s re-election campaign. We may talk about that more in the months ahead, but it comes to mind today because of a piece by John Stossel.

In communications training, we would help candidates discuss political issues in terms that show how they impact specific values, those things Americans care deeply about. If you tell people you want to cut taxes, you must make the connection that it will leave you with more money to save, spend, or invest, thus enabling you to go on vacation, save for college, and more.

People don’t instinctively care about politics. Those of us who do are the weird ones. However, knowing what they do care about is not difficult. The top few American values, according to surveys, have remained fairly consistent over the decades.

Stossel observes that much of the news is not fake, although there is that, but stupid. There are differences between what people think about, what the media tends to discuss, and what really matters. While the latter point is to some extent a matter of opinion – and what isn’t – it’s clear Americans don’t spend most of their time thinking about questions of national or global import. Nor does the media spend enough time on them. Nuclear weapons are pointed at you, dozens of people are getting shot weekly in Chicago, and trade deals are being renegotiated, but your dominant thoughts are about your house, your family, or the chances of the Mets making the post-season.

Even your garden variety D.C. intern probably thinks more about how to get a free cocktail or some recreational sex than they do about the veracity of the “hockey stick” argument promoted by Michael “No Relation to Manfred” Mann.

If you stopped the next dozen people who walked past, and asked them what they were thinking about, how many do you think would say they’re thinking about fracking? And I don’t mean “fracking” as in “Mind your own fracking business,” or even “Go frack yourself.” That’s a different thing entirely.

My guess is right about zero people would say they’re thinking about fracking. They might be thinking about renovating their home, paying bills, how much they pay for gas, their high their heating bills, or whether they can afford to take the kids on vacation. Yet, in the hands of the right speaker, fracking can be persuasively linked to an important value that is impacted by it. But if you start with fracking, you’ll bore them to distraction, and you’ll end up wasting your fracking time.

If you look at various surveys you come up with a list of political concerns that mirror our values pretty well. Pew does a lot of great work on this. Not surprisingly, Democrats tend to rate environmental concerns higher than Republicans. Republicans tend to care more about terrorism, immigration, and crime.

So far, the Democrats have a two- pronged strategy: they hate Trump and want to give you lots of free stuff. Whether that’s enough to carry the day remains to be seen. Issues widely promoted so far by Democratic candidates include: doing away with the Electoral College (which has a lousy football team, by the way), not enforcing the border, giving illegals free health care, raising taxes, paying off educational loans, letting illegals vote, paying reparations for slavery and for… wait for it… injustices traced to discrimination against the LGBTQ community. Is that an issues agenda likely to persuade a lot of people in Muncie? Maybe.

Stossel mentions what, in my view, is the greatest “untold” news story of our generation: the decline in worldwide poverty. In the past fifty years or so, global poverty has decline from more than half the population to just under ten per cent. One would think that would be such an astonishing, positive development that it would be as well-known as Kim Kardashian’s derriere or the latest post on your Facebook feed.

It’s generally acknowledged that two things have driven the decline in poverty: one, the increase in countries living with market-driven economies, and, two, the pervasiveness of fossil-fuel driven industrialization. Those are both items that nearly every major Democratic presidential candidate is running against. You can’t make this stuff up.

The happiest people are the ones holding their wife’s hand, coaching their daughter’s softball game, throwing a football with their son, reading a book, worshipping, hunting, fishing, painting, or any of a thousand other things that make them happy. It is our duty to make sure we elect politicians who understand that it is the uniqueness of America that preserves our ability to do those very things.