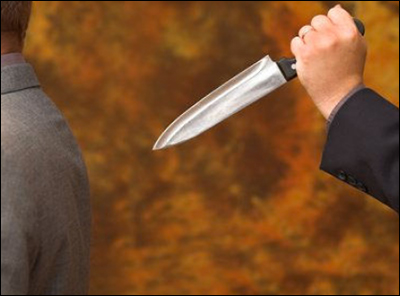 What is impeachment for? Seems like a simple question. Constitutionally speaking, it also appears to have a simple answer: to cite and remove from power a president guilty of wrongdoing.

Aye, there’s the rub. What sort of wrongdoing warrants removal from power?

There is rage over Trump’s decision. It is rage over a policy choice, not over high crimes and misdemeanors. Only the most blindly angry can doubt the lawfulness of the commander-in-chief’s movement of U.S. soldiers, even though it rendered inevitable the Turks’ rout of the Kurds.

Andrew McCarthy reports that Senate Republicans are enraged. They don’t like President Trump’s decision not to send troops to aid the Kurds in Syria. Could that anger serve as a catalyst for Senate RINOs to vote to remove Trump from office?

If that’s so, be disturbed – very disturbed. It means that Senate Republicans would support ousting the president over a policy difference – under the guise of wrongdoing.

If House Democrats impeach Trump – and that isn’t a certainty yet – it’s based on false charges. For a conversation Trump had with Ukrainian President Zelensky. The transcript of that conversation has been released. The president is innocent. This is Russia Hoax II. The Democrats’ Articles of impeachment would be yet another go at a soft coup.

As commander-in-chief, the president leads the military. The Constitution – stated and implied – gives any president generous leeway in determining foreign policy. In the president’s domain: How American military forces are or aren’t deployed to safeguard vital U.S. interests.

Removing Trump for a policy difference – via a ruse – would be the modern equivalent of crossing the Rubicon. It would set a shattering precedent. No future president would ever be able to discharge his duties without fear of retribution from disgruntled members of Congress.

The constitutional requirement for the Senate to remove a president from office is two-thirds the members – that’s 67 votes. This follows an impeachment and a trial in the Senate. Currently, there are 53 Republicans, 45 Democrats, and two independents – both of whom are reliable Democrat votes.

Count the Democrats as 47 votes for removal. That means they’d need another 20 votes to accomplish the mission. That’s a tall order. We know that senators Mitt Romney (UT), Ben Sasse (NE), Thom Tillis (NC) are strongly antagonistic toward the president. Sens. Martha McSally (AZ), Cory Gardner (CO), and Susan Collins (ME) are RINOs. They represent states that are pale red (AZ) or blue. They can be wobbly.

Other Senate Republicans’ interests lie with the establishment, not the president. Jingoistic neocon foreign policy approaches have backing. Nonetheless, swinging 20 GOP votes to the Democrats would amount to an all-out intraparty rebellion against the president.

Senate Republicans who defect to the Democrats on removal should be made persona non grata in the GOP. Let’s guess that Mitt Romney tops that list. Trump’s millions of loyal supports wouldn’t stand the treachery. The conservative grassroots would turn on these Republicans, too.

The nation – a republic – is being critically tested now. Will President Trump be impeached on bogus charges? Would 20 Senate Republicans swing over to the Democrats to falsely convict and remove Trump from office?

If that occurred, the GOP would cease as a major party. The GOP would go the way of the Whigs. The nation’s divisions would widen. Conflicts would increase. The damage – if not irreparable to the country – could take decades to fix.